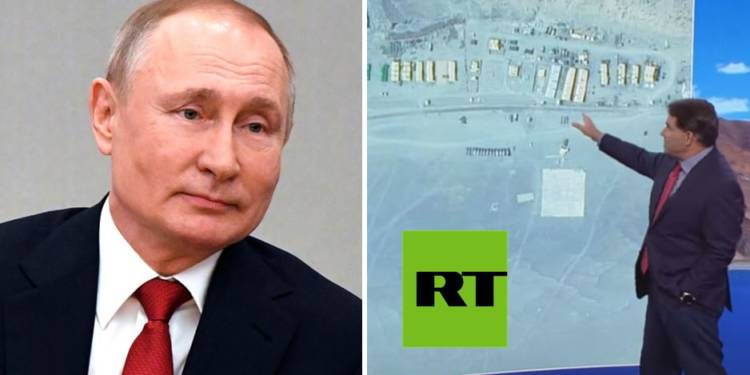 Russia Today, the Russian government-funded international televisions network has carried out favorable coverage for India in the India-China border standoff, to the surprise of many international relations enthusiasts.

Russia Today is included among the core organizations of strategic importance and has been described as a foreign policy media platform that shares the world-view of the Russian government.

The media organization is known for taking a position critical of the American government, but in the case of India, it has made an exception. Global Times, the mouthpiece of the Chinese Communist Party, is trying to project a narrative that India as the aggressor in the China-India standoff. It is also peddling the narrative the India is doing so after encouragement for the USA. Some leftist media houses in the United States are also peddling the same narrative.

Therefore, given the anti-America stance of Russia Today in general, ideally, the media house was expected to support the Chinese narrative as firstly, it could have targeted the US through it and secondly because Sino-Russian relations are flourishing in the face of USA’s onslaught on China.

But instead, Russia Today has taken a just position favourable of India. In a half-hour program titled, ‘Conflicts w/ India, US, Hong Kong: Is China on the brink?’ editor Rick Sanchez explained the India-China border issue with a very Indian point of view. In the very opening line, Sanchez boldly says that 800-1,000 Chinese soldiers have entered the Indian territory of Ladakh. And later he insinuates that China wants to grab the beautiful region which is administered by India and all three parties involved in the region have accepted its claim.

This is largely a balanced view and is not fogged up with China’s propaganda against India which involves depicting India as USA’s puppet, and claiming that India is occupying Chinese territory.

Russia Today impartially reported the events of the trade war between China and US, and India benefitting from this. On March 3, the organization published a very favorable story titled- “India should ‘open doors widely’ to investment opportunities flowing away from China – legendary investor Mark Mobius” in which it argued that India should carry out reforms in order attract companies moving from China.

The outflow of companies would hurt China and editors at Russia Today are smart enough to figure out that this story would not go well the Chinese establishment and still they published it.

On May 10, it published a report about India laying out Red Carpet for companies moving out of China, which again, could help India to attract large investment. “India rolls out red carpet for hundreds of American firms that Washington wants out of China – report,” was the title of the story.

A few days ago, on May 25, it published a story titled- India steps up efforts to lure companies moving out of China- to make favourable opinions about India’s business environment.

This shows that Russia is on the Indian side in the trade war as well as border disputes. The country is more interested in India becoming an economic giant as both countries have very cordial business relations and India has been one of the largest importers of Russian arms, and this did not change even after the end of the cold war or after the Modi government came to power. The media house even reported Facebook’s investment in Jio.

Russia knows that India’s economic growth would be beneficial for the country as the import of arms and petroleum- two main exports of Russian federation- would increase if India grows.

In order to keep its old friend India happy, it made an exception in its anti-US campaign.

In the last seven decades and a half decades of the post-cold war period, Russian (USSR before 1991) and China have seen many ups and downs with a minor war in 1969. The relations between both countries have been heated until the death of Mao in 1976 and showed no improvement till the dissolution of the USSR in 1991. Since then, the relations improved but still, they are not very trusted neighbors.

On the other hand, India and Russia have enjoyed very cordial relations since India became an independent country. For more than seven decades, Russia stood by India whenever needed, and now, when the global equations are changing and India is emerging as an economic giant, Russia knows that India would stand by its side. And therefore, it would not sacrifice this relationship for tiny gains with China or to target the US.

‘Be more like Macau,’ China tries to fool the world with the lavish Macau model. But Hong Kongers know better