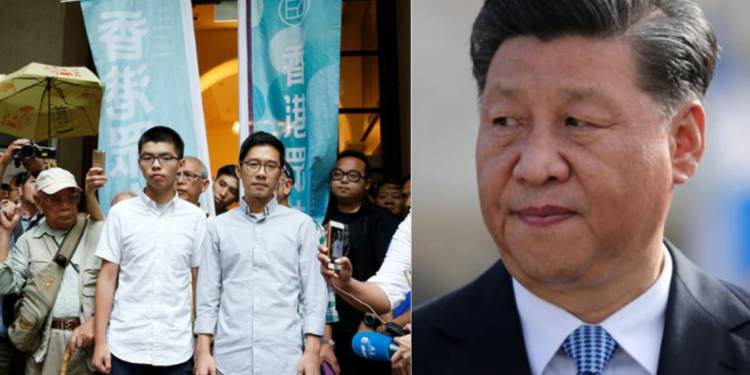 China’s Tiananmen Square moment of the 21st century is here and Hong Kong is the victim. For a city that has always been used to freedoms and liberties unlike mainland China, the eve of its handover ceremony this year marked a new era of brutality. China has imposed the National Security Law that criminalises all forms of dissent with unfair trials and disproportionate punishments.

But China is not just killing liberties and freedoms in Hong Kong, it is also uprooting the entire democratic system of the former British colony. The city has always been free, and democracy is a part of its ethos. China is now obliterating it by stifling all pro-democracy voices and allowing CCP loyalists to take more and more control of the city that once used to be free.

The National Security Law was passed in a perplexing hurry. But this wasn’t an impulsive action. Beijing is eyeing the Hong Kong legislative elections scheduled for September this year. And China doesn’t want pro-democracy voices to reach the legislature. The National Security Law arms it with just the kind of powers that it wanted to weed out the pro-democracy voices.

The Chinese authorities are already using the National Security Law indiscriminately and ruthlessly. 370 people have already been arrested because they opposed the archaic law, and ten of them have been immediately charged under the new security law. Their DNA samples too have been taken by the Hong Kong Police and now Beijing could be looking to exploit them in many of its horrifying ways.

China is known for powering an illegal organ transplants industry and DNA samples have nothing to do with investigations under the National Security Law.

The next target of Beijing will be the pro-democracy legislators representing the Opposition in Hong Kong. China will destroy the most powerful tool against authoritarianism in the Hong Kong legislature. In fact, this has been the Communist regime’s strategy for quite some time now.

Around three years ago, a Hong Kong Court had disqualified four lawmakers- Nathan Law, Lau Siu-lai, Edward Yiu, and “Long Hair” Leung Kwok-hung. The composition of the Hong Kong Legislature was artificially altered and this had a chilling effect on political speech.

With the new law, China can charge anyone for secession, subversion of state power, terrorist activities, and collusion with foreign or external forces to endanger national security. All of these offences entail sentences extending up to life imprisonment.

The offences have been deliberately couched in broad terms and vague language. Even acts like sloganeering, waving flags, and marching on the roads stand criminalised. Worse still, one can be tried in China for violating the provisions of the National Security Law. Kangaroo courts will be handing out punishments mechanically as there is also an enabling clause for secret trials.

What better opportunity to take out pro-democracy voices than upcoming legislative polls? Virtually every single pro-democracy legislator can be charged with the National Security Law, taken out of Hong Kong tried in a Chinese court which convicts at a rate of 99 per cent and then incarcerated for their entire lives outside China.

Meanwhile, CCP loyalist Chief Executive of Hong Kong, Carrie Lam who literally oversaw how the city went to the dogs is getting rewarded. Her close aide, Eric Chan, Director of the Chief Executive’s Office, has been appointed as the Secretary-General to the new Committee which will oversee the implementation of the National Security Law.

Hong Kong is going to get flooded with the pro-Beijing Carrie Lam and her close aides. The National Security Law has not just killed the former British colony’s cherished freedoms, but it has also caused the demise of the entire democratic system that was nurtured for decades in the country’s only free region.

‘We’re warning you, you’ll be met with the severest response,’ Philippines issues a stern warning to China