‘India was by our side in tough times,’ Macron wins India’s heart with medical assistance and a heart-warming letter

France has been one of India's strongest allies 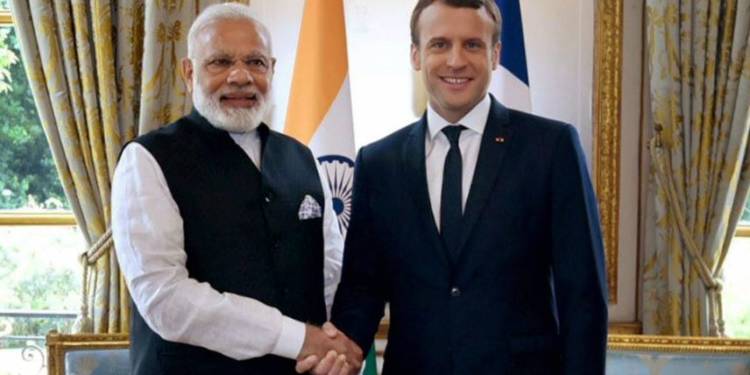 An all-weather partner of India, France has once again shown how much it respects the relations between the two countries. According to news reports, the Emmanuel Macron government on Monday announced that it will provide India 120 ventilators and 50,000 test kits to counter the coronavirus pandemic.

“When France was going through a critical phase of this public health crisis earlier this spring, India was by our side. It played a very important role with regard to medicines.” the letter read.

French President wrote to PM Modi on 24th July; In he letter he announced "package" for India to fight #Covid crisis. As part of it, French Air Force A330 aircraft will land today with ventilators, test & serological kits.

Excerpts of the letter: pic.twitter.com/eT1U77ZG2N

The medical assistance package includes 50 Osiris-3 ventilators, which are portable and easy to use, and 70 Yuwell 830 ventilators with “bilevel positive airway pressure” (BiPAP mode), which are non-invasive hospital ventilators for mild COVID-19 patients.

“An expert mission on inter-hospital transfers by military means is also being dispatched. France acquired expertise in this matter during the crisis as it had to organize many transfers between hospitals.” the embassy spokesperson said.

Earlier, India had exported critical drugs like hydroxychloroquine, paracetamol as well as azithromycin to over 20 countries in Europe, including France.

The humanitarian gesture of France coincides with the news of five Rafales leaving a French airbase for the 7,000-km journey to India with air-to-air refuelling and a stop en route in the United Arab Emirates.

The five Rafale and their delivery was expedited in the wake of the Galwan valley clashes with the PLA soldiers.

France had outright condemned the vile Chinese excursions expressed condolences to the martyred Indian soldiers. France had also become the first country to offer India the support of its armed forces.

Florence Parly, the Defence Minister of France had also written a letter to his Indian counterpart, Rajnath Singh, expressing her condolences for the Armed forces and their bereaved families.

“This was a hard blow against the soldiers, their families and the nation. In these difficult circumstances, I wish to express my steadfast and friendly support, along with that of the French armed forces. I request you to kindly convey my heartfelt condolences to the entire Indian armed forces as well as to the grieving families,” the minister had written.

India’s rocksteady relations with foreign countries can also be gauged from the fact that Israel has also joined India in fighting the COVID-19 pandemic in the country which is steadily reaching its peak.

A special flight carrying researchers, defence experts and advanced medical equipment from Israel landed India on Monday. The Israeli team will join hands with researchers in India to develop a rapid testing solution for Covid-19.

Indo-Israel relations have been on an upswing ever since Prime Minister Narendra Modi came into power six years ago. Narendra Modi’s frequent visits and meets with his Israeli counterpart Benjamin Netanyahu have fostered strong bilateral ties between the two prosperous nations.

India had on April 7 sent to Israel medical equipment and five tonnes of medicines, including hydroxychloroquine, which was earlier dubbed as a game-changer in the fight against coronavirus.

The above two instances have proven the detractors of Modi government wrong who were questioning the government for providing medicines and other aids to foreign countries.

While France and Israel have somewhat contained the virus, India’s cases are on a rise and its partner countries are now joining hands to fend off the threat of the invisible enemy which is one-billionth smaller in size to humans.

‘We support One China Policy, but cancel our debt too,’ Africa has trapped China in its famous BRI debt trap