For the first time in history, a member of the Saudi Royal family could be tried in the USA

The end of the US-Saudi alliance is here 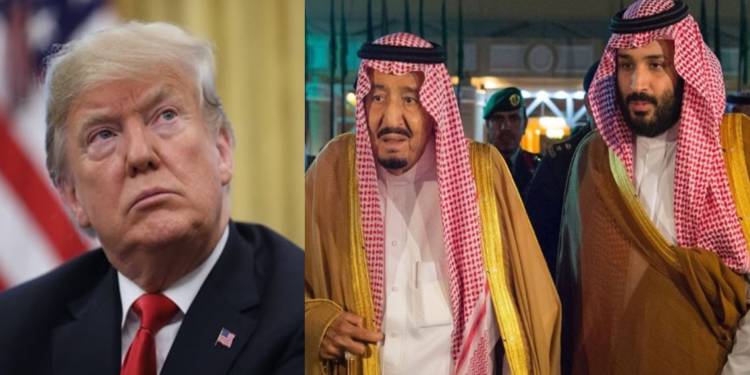 Mohammed Bin Salman- Crown prince of the Kingdom of Saudi Arabia, and also the de facto ruler of the Kingdom- could be now tried in the United States for sending mercenaries to Canada to kill a dissident. Mohammed Bin Salman or MbS had allegedly sent a hit squad to kill a former top intelligence officer, Saad Aljabri. The former Saudi officer, and now a dissident was believed to be loyal to the previous crown prince Mohammed Bin Nayef, usurping whose position MBS became the crown prince and de facto ruler in 2017.

The 106 page compliant of the civil suit filed in Washington describes Aljabri as a veteran from the Saudi Government who rose to the position of cabinet minister because of his expertise in national security and counter-terrorism. He has a doctorate in Artificial Intelligence and has also played a pivotal role in cooperation between Saudi intelligence and the Five Eyes – an intelligence alliance of the US, UK, Canada, Australia, and New Zealand.

When MBS carried a bloodless coup in Saudi Arabia in 2017, Aljabri fled first to Turkey and then to Canada, where he now resides. He is believed to know so much about the Saudi armed forces as well as about MBS’s corruptions that he could pose a serious threat to the rule of the incumbent crown prince. Therefore, after being allegedly involved in the killing of Washington Post journalist- Jamal Khashoggi in Turkey, MBS has now sent mercenaries to kill Aljabri as well.

Aljabri is now a Canadian citizen. On this, Canada’s public safety minister said, “It is completely unacceptable, and we will never tolerate foreign actors threatening Canada’s national security or the safety of our citizens and residents. We invite people to report any such threats to law enforcement authorities.”

The US State Department has voiced its support for Aljabri and called him a ‘valued partner’ who works closely with the US. This incident and the aggressive stance of Canadian, as well as the American government in the matter, shows the worsening relations between Saudi Arabia and West, especially the United States.

The oil-rich desert kingdom- Saudi Arabia, produces 10 per cent of global oil demand and holds the world’s largest proven reserves of oil and natural gas. But, the country has been dependent on the mighty United States for security for the last 75 years.

The strategic yet unnatural alliance between the United States and Saudi Arabia has often raised eye-brows, as Saudi Arabia is the opposite of everything the United States is boastful about. The Islamic Kingdom is one of the harshest ruled states under Shariah Law. The Wahhabi ideology has been percolating into other Muslim nations and hence, driving them towards extremism and terrorism. Despite these odds, the two countries sailed together for more than seven decades. However, in the last few months, this alliance has developed deep cracks to the detriment of Saudi Arabia.

The discovery of shale oil and the rise of the shale oil industry in the United States have destabilized America’s ties with Saudi Arabia in the last few years. With the booming shale oil industry that grew exponentially due to high oil prices, the US became a net exporter of oil in and now Trump does not need the Kingdom’s oil to run the American economy.

Now, the US needs very little military presence in Saudi and Trump has already called the Patriot anti-missile systems and military back home. Trump is also using this strategic advantage to bargain oil production cuts from Saudi Arabia which is essential to save the US shale oil industry that Trump has vowed to protect.

Owing to this, Riyadh is trying to respond to Trump’s unrealistic demands by making certain overtures towards Beijing. China is, in turn, happy to increase engagement starting with Saudi’s nuclear ambitions. Unlike the US, China is not energy independent and therefore it also aims to make a presence in West Asian powers. Saudi is, therefore, signalling that if the US develops cold feet about Riyadh, then Saudi Arabia will have no qualms about shifting onto Beijing’s lap.

Thus, Trump can now use this lawsuit, probably filed on the order of his administration, for the trial of MBS and can consequentially have an upper hand in the negotiations with Saudi Arabia. Also, not to forget that amid all this, the seven decades’ old alliance between both countries is on the verge of a break-up.

Run Erdogan. Putin cometh!! Russia has turned the tide in the Libyan war. And a shameful defeat awaits Erdogan