Taiwan doesn’t want to antagonise Japan, it wants to use Senkaku Islands for recognition 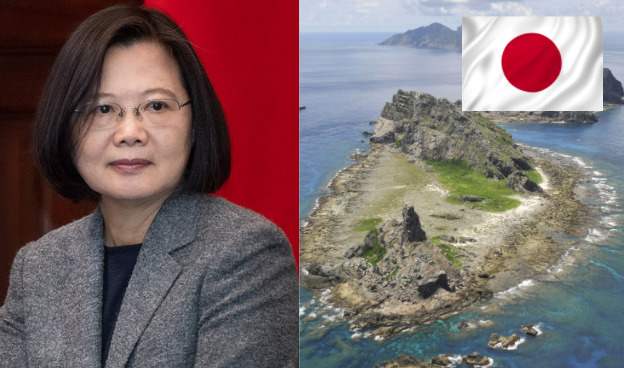 Taiwanese President, Tsai Ing-wen, is a very astute politician and an assertive leader. She understands global geopolitics very well and her craftiness in foreign policy has been visible since the outbreak of Coronavirus, using which, she has been successful in bringing the United States, Japan, India, and the European Union– powers which have deserted Taiwan for economic ties with China– on her side.

In the last few months, an increasing number of countries have accelerated the efforts to recognize Taiwan as an independent nation and dump ‘One China policy’. Many countries like India, Japan are ramping up their economic ties with the island nation to sideline the dragon and poke it into the eye.

In June last week, when Japan renamed Senkaku islands and fully integrated it into the country, Taiwan reasserted its claim over the island. The Taiwanese President said that Taiwan is the legitimate owner of Senkaku and the government will do its best to protect its sovereignty over the island and condemned Japan’s unilateral action.

However, this was any not hyper-nationalist claim of an irrational leader (as seen by many IR observers) but very calculated and a shrewd move. By repeatedly claiming Senkaku, Taiwan remains a party in ownership over the disputed island. Now, in return for recognizing Senkaku as part of Japan, the Tsai government can ask for ‘quid-pro-quo’ recognition of Taiwan as an independent country.

Writing in Japan Times as early as 2016, Robert D. Eldridge, served as the political adviser to the United States Marine Corps in Japan from 2009 to 2015 argued, “In recognition of Taiwan’s support of Japan’s position on the Senkakus once and for all, Japan should also at the same time recognize Taiwan, as its relations have historically been even closer than those between Taiwan and the United States.”

The article was published a few days after Tsai was first elected in 2016 and Eldridge wrote, “Assuming Taiwan agrees, the latest democratically elected president, Tsai Ing-wen of the Democratic Progressive Party, could use her current influence to seek domestic consensus.”

It seems Tsai liked the idea and was waiting for an opportune time to implement it, and right after Japan integrated Senkaku, she made her first move to get Taiwan recognized by Japan in a quid-pro-quo move.

Taiwan is making efforts to get recognized and is now getting many countries on its side. The Czech Republic, a country in Central Europe, has sent more than 80 representatives from government, business and academia on a 6-day tour to Taiwan, the island country which China claims as its part under ‘One China principle’. The delegation included President of the Czech Senate Milos Vystrcil and Prague Mayor Zdenek Hrib who reached Taiwan in a chartered flight.

Taiwanese Foreign Minister Joseph Wu greeted the delegation at Taiwan airport despite protest from China and the group is supposed to meet Taiwanese President Tsai Ing-wen, who is detested by Beijing for her assertions of the independence of the island. This is being seen as the first step to recognize Taiwan as an independent country by the Czech Republic.

Moreover, Taiwan has given a fresh diplomatic blow to China in the strategically located Horn of Africa. Taiwan has officially opened a Representative Office in Somaliland– a fully-functioning East African State that declared independence from a war-torn Somalia in 1991. Today, Somaliland is not recognised globally just like Taiwan.

A Taiwanese Representative Office in Somaliland is a strategic setback for China not only because of the diplomatic repercussions but also because it vindicates the TAIPEI Act passed by the United States recently and also the strategic location of Somaliland’s border with Djibouti where China’s only overseas military base is located.

As Taiwan fast-tracks its diplomatic recognition with one country after another, a country as powerful and as international law-abiding as Japan with the third-largest economy and significant diplomatic clout bought through aid is important in the scheme of things.

Therefore, a quid-pro-quo recognition of Taipei is all that Tsai will ask Japan to shun claim over Senkaku, and given the fact the Trump-led United States will be eager to break the deal between two island nations, Japan might recognize Taiwan in the upcoming few weeks and this will be a huge diplomatic setback for China.

China gives up on its global ambitions, as Xi Jinping accepts his pet project BRI is dead