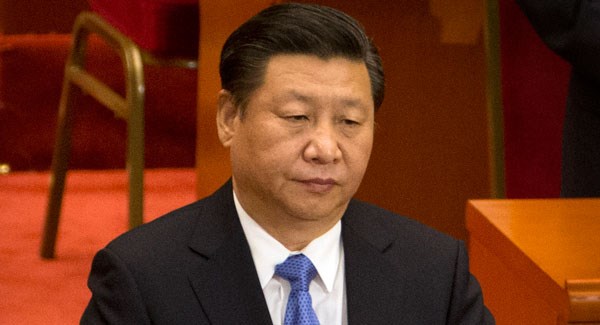 Malaita, Palau and the Pacific Network on Globalization (PANG) are all drawing a safe distance from China, and looking to strengthen ties with other Pacific powers like Japan, Australia and the United States. With this, the Indo-Pacific Initiative seems to be meeting the object of marginalising China in the region and restrict it up to the Western Pacific.

The ongoing tirade has started from Malaita- the most populous and second-largest province of the Solomon Islands. Malaita has stated that it will conduct an independence referendum in line with its long-standing freedom ambitions.

Malaita Premier, Daniel Suidani, has alleged that the Solomon Islands government is pressuring his province to accept China; though Malaita had refused to recognise the Solomon Islands’ change in diplomatic ties with Taiwan and China. Suidani said, “It is time for Malaita people to see whether they are still willing to be part of a country that its leadership is becoming dictatorial,”

Malaita has also been discussing plans with Washington and its allies for the development of a deep-sea port, to counterbalance Beijing’s development plans for Solomons’ largest island of Guadalcanal.

The internal tumult in the Solomon Islands comes as a huge setback for China, as Malaita and other parts of the Solomon Islands, are located strategically, North of Australia’s East coast. Initially, Beijing managed to gain a foothold here, but now, Malaita– a tiny island located in the Pacific– is ruining the Dragon’s gigantic plans.

This strategically located Palau Island has been standing up to Chinese aggression despite its small size, which figures as nothing more than a dot on the world map in a particular corner of the Pacific Ocean. 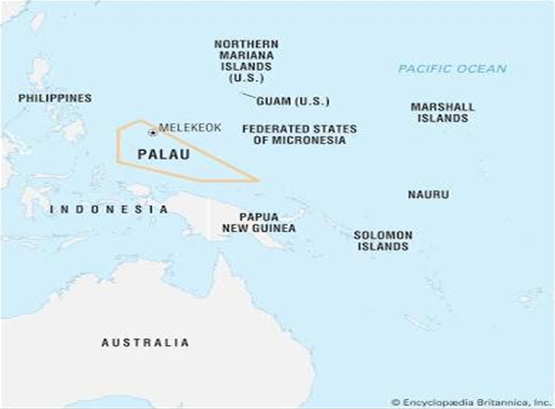 Despite China’s aggression, Palau has stood by its friend in the region- Taiwan, and is among the few countries that still recognise it and now the Palau administration is roping in the US to hit back at China. Palau’s President Tommy Remengesau Jr has disclosed that he invited the US Defense Secretary Mark Esper to build a military base at Palau.

Palau may be tiny but it is weaponizing its strategic location in a significant manner. Palau is located very close to the South China Sea which is currently marked by growing tensions between the US Navy and the Chinese People’s Liberation Army Navy. As such, Palau is located only 1,500 km East of the Philippines and therefore Tommy Remengesau is ensuring that Palau emerges as an outpost for the US Navy during its expeditions into the disputed waterways of the South China Sea.

The US already has a lot of presence in different Islands of the Pacific, but a military base just outside the South China Sea will lend far more muscle and firepower to the American naval exercises in the highly contested zone.

The Pacific Island nations want the bigger Pacific powers to play a more robust role in development initiatives of the region and avoid a situation where China finds a vacuum to tap into these small Island nations.

Therefore, the Pacific Network on Globalization (PANG), a non-governmental organisation in the Pacific, has called upon Canberra to rethink its trade and investment role with the Pacific nations. In particular, PANG wants Australia to rethink its position on the Pacific Agreement on Closer Economic Relations (PACER) plus that the PANG says can affect Australia’s relations with the region.

Australia is the largest donor to the Pacific Islands region. And it seems that the Pacific countries want Canberra to keep pursuing the same role with more vigour so that China’s Belt and Road Initiative (BRI) is not able to spread its tentacles in this part of the world.

Now, as Malaita and Palau prepare to kick China out of the Pacific, it is likely to set in a domino effect against China. Moreover, Papua New Guinea (PNG), which is one of the most strategically located Pacific nations, has already developed cold feet towards China. The Marshall Islands and Nauru, which have continued to recognise Taiwan, would be further emboldened not to fall for the Chinese bait. Similarly, Pacific Island countries like Kiribati might also feel compelled to reprobate their decision of de-recognizing Taiwan and establishing ties with China.

The Pacific powers like Australia and the US seem to have realised the need of retaining their stronghold over the Pacific region, and China, therefore, yet again finds itself becoming a green-water Navy unable to transgress the First Island Chain stretching from Japan through the Philippines to Indonesia.