Turkey, not China, will cause the third world war and Erdogan needs to be ousted in order to avert it 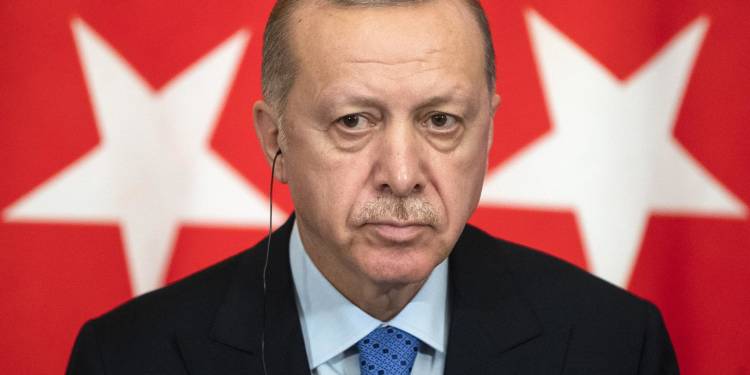 Erdogan is going haywire, picking fights with anyone and everyone. Turkey is stirring up a perfect storm and as things stand it is quite obvious that, Turkey and not China will cause the Third World War unless Erdogan is ousted in time.

In contrast to Turkey, China has been very tactical in choosing the scale and situation of confrontation and backs down when it looks that the situation may go out of control. As they have done in both the Himalayas with India, the South China Sea with ASEAN neighbours and the East China Sea with Japan.

The Turkic high command is raking up so many disputes, igniting all the crevices in Asia Minor and West Asian simultaneously. It is engaged in Libya, Eastern Mediterranean Sea, Caucasus (Azerbaijan and Armenia), Syria, against several powers including France, Greece, UAE and Russia, and also locked in heated diplomatic fights with Israel, Saudi Arabia. With the conversion of Hagia Sophia into a mosque has also rubbed the entire Christian world the wrong way. In history, it is either one unfortunate incident or an unrestrained power that has caused the world wars. And the way Ankara is acting right now- shutting any scope for diplomacy and brewing the worst blend of conflicts, it is a highly belligerent Turkey under Erdogan that could cause serious trouble to the world.

Ankara’s Eastern Mediterranean struggle showcases its ambitions to reassert its dominance on Greece and the Balkan region in general. Contrary to its aims, it was able to successfully antagonize France and irritate the USA as well.

It has also been involved with U.A.E, France and Russia in the power struggle of different factions in Libya, where the Turkey-backed faction is on the losing end.

The situation in the Caucasus, which, as per Emmanuel Macron, is a creation of Turkey, because of its total support to Azerbaijan, any possibility of an early armistice is over. Here too we can see that the situation is escalating and the matter may demand direct superpower involvement to douse the fire.

If we talk about the situation in Syria, Turkey is consistently mobilizing its troops on the border and their proxies in Syria to confront and demolish any Kurdish united front getting into direct confrontation with Russia. Turkey is locked in a proxy battle with Russia on three fronts.

Read more: As Erdogan sucks up to Putin, Russia is giving Turkey a bloody nose on three fronts

Turkey is also a safe haven for Hamas leaders and the Islamist extremist section of the Palestinian cause which controls the Gaza strip. Thus instead of supporting the faction that wants a peaceful resolution of the dispute, it is contributing its utmost to keep the region destabilized.

Erdogan has been dreaming of becoming the new Khalifa and reviving the Ottoman Empire, and this has been at loggerheads with Saudi Arabia and has been trying to replace Saudis and lead the Ummah.

However, Erdogan has shown to the Ummah that he has been hypocritically wrong on the Abraham Accords. He says the Gulf countries (UAE and Bahrain) have betrayed the Palestine cause by signing the accords. But, Turkey itself has had diplomatic ties with Israel which go way back.

The way in which Erdogan is acting is a telltale sign of a person with non-practical ambitions. He is most likely to plunge the region into a regional conflict which in no time will spiral into an all-out war. Just as the Ottomans lost in the first world war owing to their fanatical decisions and genocidal tendencies, case in point being the Armenian genocide, Turkey seems to be repeating its World War I follies and with Erdogan at helm of affairs it is very pertinent that it will loose quite miserably, but, at what cost?

The conflict that Ankara is likely to push the world into could be of a major scale and the human lives lost apart from the economic devastation, can be catastrophic. Thus, the cost to benefit analysis says the situation will be bad on all metrics. All of humanity will lose, and to save the world from this probable destiny, Erdogan needs to return to his senses or lose power.

It becomes the duty of the whole world to come together against Erdogan and against his actions of turning Turkey into a theocracy among others and the negativity of the society his Islamist ideas represent.

Vietnam has been a victim of Chinese excesses in the past. Well! Not anymore