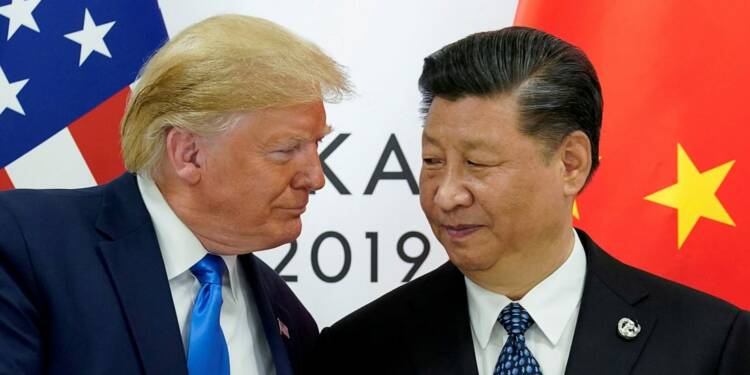 China’s tech industry is on thin ice. The Trump administration’s semiconductor war on China is destroying some of the biggest Chinese tech behemoths like Huawei. Semiconductors are essential for every kind of tech equipment from smartphones to satellites, and China is almost completely dependent on US chip tech for semiconductors. And now the US is free to use China’s near-total dependency to extract whatever it wants out of the paper Dragon.

The Trump administration started by banning supplies using unlicensed American technology to Huawei, which forced the Chinese telecom major to exit the smartphone sector. Later, Washington started targeting SMIC, the largest Chinese semiconductor manufacturer itself. China’s tech industry cannot survive without US semiconductors technology. It will take decades for China to build an indigenous semiconductor industry, by which time most of its tech giants would have died.

The US wishlist is rather long and includes issues like Chinese expansionism, belligerence, human rights violations, fair business practices, opening up the economy, and above all, confessing the Coronavirus cover-up.

Trump administration has been going hammer and tongs after the Xi Jinping administration for probably creating and definitely hiding the Wuhan virus outbreak. The US President would settle for nothing less than the Chinese Communist Party (CCP) confessing its Pandemic crimes, something that would go down in history as China’s Waterloo moment.

At the same time, China’s post-pandemic belligerence has opened up a Pandora’s box in the Indo-Pacific region. The US has already rejected China’s claim in the South China Sea. Now, the White House wants China to back off from its extra-legal claims in the hotly contested maritime zone, stop terrorising the Association of Southeast Nations (ASEAN) members and allow freedom of navigation in the international waters of the South China Sea.

However, other American demands might tend to be more and more troublesome for the Chinese Communist hardliners. The US has been weaponizing Chinese human rights violations in Xinjiang and Tibet, as well as political interference in Hong Kong. Trump administration wants China to stop intruding too much into its occupied regions- Xinjiang and Tibet. Otherwise, Chinese human rights violations in these two regions become way too irreconcilable.

At the same time, restoration of Hong Kong’s political autonomy seems to be becoming a sine qua non of a Sino-American rapprochement.

As for itself, Trump can ask China to behave and stop interfering in the American polls and internal political matters. He can even demand a non-interference pact to secure China’s cooperation on this front.

On the military front, the Trump administration demands more transparency and disarmament from China. Beijing has been looking to augment its own Nuclear arsenal and increase the number of Dongfeng-41, Chinese road-mobile Intercontinental Ballistic Missiles (ICBMs) having a range of 12,000-15,000 kilometres, to target the Continental United States.

Till now, Beijing has refused to put fetters on its dangerous Nuclear ambitions, but now the Trump administration can hold it by ransom over semiconductor technology and get the paper Dragon to disarm itself.

On the economic front, the US has a number of demands to make. It wants the paper dragon to become a fair player and lift bans on American tech giants like Google, Facebook and Twitter. It is only fair for the US to demand a greater role for American businesses in China if China wants to do business in the US and also secure semiconductors supply from Washington.

The US would also want China to account for the Intellectual Property (IP) theft that has been getting unearthed due to recent FBI probes in the US. The White House can get Beijing to pay penalties for all the IP secrets that the paper Dragon has stolen, apart from coercing China to bring more transparency in its IP regime.

Finally, the US wants China to open up its financial markets and several industrial sectors to American investors. While China has been making use of the free trade regimes around the world, the Chinese economy itself has remained averse to outside investments, which will have to change if Beijing wants the White House to stop decoupling the Middle Kingdom from American semiconductors.

With semiconductors, the US has found a stick to beat China with. Now, the Trump administration can easily tame the shameless bully that Beijing is turning out to be.