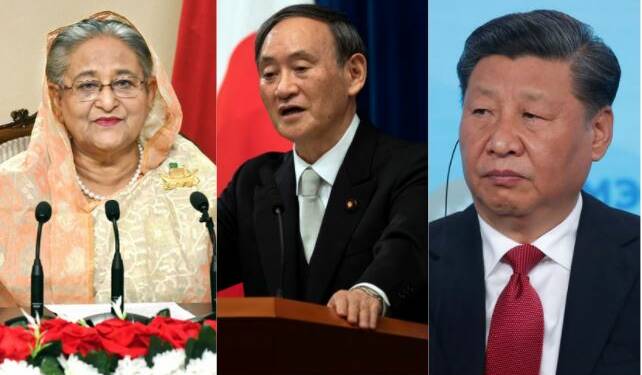 Bangladesh is fast becoming a hot contest between India and China on who can assert its influence over the nation. While India seeks to meaningfully engage Bangladesh and protect its security concerns in the north-east, China is attempting to seduce the cash strapped Bangladesh by offering truckloads of money. The critics of the Modi government love to cite Bangladesh as a shining example of how India’s neighbours are drifting towards China. However, in a major shock to China, Bangladesh has prioritised India’s interest over China as it has scuppered the Sonadia Deep-Sea Port Project which was supposed to be jointly developed with China.

In a testament to India’s diplomatic prowess, the Bangladesh government has officially cancelled the Sonadia Deep-Sea Port project. The port situated on the Bay of Bengal would have further enhanced China’s economic and strategic ambitions as the dragon was keen on both constructing and financing the project.

Instead, Bangladesh will now develop a deep-sea port at Matarbari, 25 km away from Sonadia with the help of Japan, with the port expected to be functional by 2025. It is pertinent to note that Japan and India share close relations and India will have no qualms about Japanese involvement in Bangladesh.

The official line adopted by the Bangladesh government is that they have scrapped the deep seaport due to environmental concerns as it would have harmed area’s biodiversity, according to Cabinet Secretary Khandker Anwarul Islam.

This is a major setback for China since it was pursuing the deep sea project since 2006 as it showed a willingness to both construct and finance the project. However, the writing was on the wall, with Bangladesh government officials long been admitting that there’s little chance that Sonadia deep seaport would see the light of the day.

The first jolt came in July 2014, when Bangladeshi PM Sheikh Hasina on her visit to China, didn’t sign the framework agreement with even Chinese President Xi Jinping not mentioning the project during his visit to Dhaka in 2016.

The final nail in the coffin was finally delivered by the Bangladesh government as it made it official that it won’t be going ahead with the Sonadia deep seaport project as the Hasina government formally revoked the Sonadia Deep Sea Port Authority Act 2012 thereby announcing the cancellation of the project.

The deep sea project is particularly important for Bangladesh as it will cut the country’s trade costs and will also act as a trade hub for India’s northeast, Nepal and China. However, the port’s proximity is to India’s northeast – a region termed as India’s “chicken neck” which China desperately wants to cut off and occupy.

India feared that the Sonadia port will eventually meet the same fate as of the Hambantota port in Sri Lanka where the latter had to handover the substantial administration of the port to China as it failed to repay the unsustainable Chinese loans.

The fact that Bangladesh is now developing a deep sea port just 25 km away from Sonadia, albeit with the help of Japan – a close ally of India- signals that Bangladesh didn’t want to hamper India’s interests and prefers India over China. It is pertinent to note here that Bangladesh cancelled the port at Sonadia despite the fact that a feasibility study conducted by Japan in 2006 indicated that Sonadia was the best location for a deep seaport.