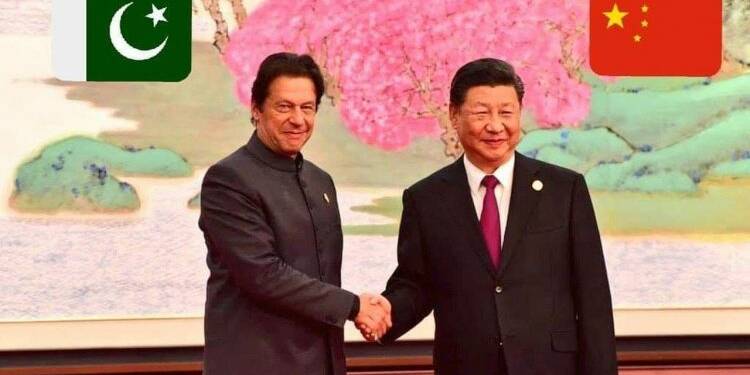 On Tuesday, the United Nations once again shamed itself, as it elected countries with the most horrifying human rights violation records to the UN Human Rights Council (UNHRC). China, Pakistan and Cuba were among the controversial member states elected by the UNGA to be human rights watchdogs, a cruel joke on the very idea of human rights itself. Interestingly enough, China and Pakistan were in fact re-elected to the UNHRC, a body which in recent past has earned the distinctive image of being Beijing’s ever-subservient doll. Saudi Arabia lost the elections to the Council.

In Tuesday’s voting at the General Assembly, China received only 139 votes compared to the 180 it got in 2016, following which Human Rights Watch’s UN Director Louis Charbonneau tweeted that the drop in China’s votes “shows more states are disturbed by China’s abysmal rights record.” Pakistan, on the other hand, bagged 169 votes. Reacting to the development, US’ Secretary of State Mike Pompeo slammed the UN for electing “authoritarian regimes” to the Human Rights Council, adding that those elected to the body are members with “abhorrent human rights records”.

Pakistan’s utter disregard and flagrant violation of human rights date back to the very birth of the terror state, following which, Pakistan’s conduct has only depreciated for the worse. Prior to the liberation of East Pakistan by India, or what is today called Bangladesh, Pakistan is known to have committed the gravest of war crimes and human rights abuses against Bengalis, or the natives of Bangladesh. Mass rape, inhuman killings and the worst form of human rights abuses were effectuated by the terror state of Pakistan over what it called its Eastern province. Ultimately, its war crimes against the people of East Pakistan resulted in India stepping in and liberating the province, after which East Pakistan came to be known as Bangladesh. Estimations suggest that the Pakistani Army and Islamists, during the official genocide called ‘Operation Searchlight’ alone, killed close to 3,000,000 Bengalis, while raping around 400,000 women.

Since then, Pakistan has found a new province to let its country’s security forces play in – Balochistan. In Balochistan, Pakistan has committed unspeakable atrocities on people who seek nothing but freedom from the Islamist clutches of the terror state. The same terror state, which commits large-scale human rights abuses in Balochistan daily, has now been re-elected to the UNHRC with 169 votes in its favour, which begs the question: have the United Nations’ member states taken it upon themselves to make a ridiculous mockery out of the very concept of human rights?

Pakistan also commits crimes against the unfortunate minorities which remain in the country, who are made to suffer state-sponsored abuses only because their faith varies from the national religion – Islam. While Hindus, Sikhs and Christians, on expected lines are harassed in Pakistan, so much so that the minority populations have nosedived over the years in the Islamic republic, the situation of Muslims, too, is not particularly assuring. How Ahmadiyas are not even considered Muslims in Pakistan is a fact known to many. As such, they too are subjected to human rights abuses.

Next in line is China, Pakistan’s godfather. The track record of China when it comes to Human Rights has come to be well known in recent past, particularly after the brutal treatment and abuse of the ethnic Uighur Muslims in its occupied province of Xinjiang. China has stuffed Uighur Muslims by the millions in what it calls ‘re-education camps’, but which bear an eerie resemblance to Nazi Germany’s concentration camps. China has taken it upon itself to violate and abuse the human rights of ethnic minorities, which essentially includes anyone who is not of ‘Han’ descent.

In Hong Kong, which was previously a semi-autonomous and free region, China, with the imposition of the National Security Law, has brutally suppressed all freedoms of the people. On the premise of curbing sedition and separatism, China has put its boot on the necks of all Hong Kongers who do so much as speaking their minds freely. Essentially, it is now seditious to speak against the CCP in Hong Kong and would invite the wrath of the Chinese regime. Despite such flamboyant human rights abuses, China has secured a seat at the UNHRC, which is a statement on the countries who voted in its favour more than it being a statement on the red rogue state itself.

The UNHRC must be disbanded. It has become a sham of an organisation, whose members (human rights abusers themselves) does nothing more than scratch each others’ backs and protect friendly nations. Already, the Council is a Chinese puppet, which should be reason enough for democratic countries around the world to boycott it.