BRI has become a huge liability for Xi Jinping 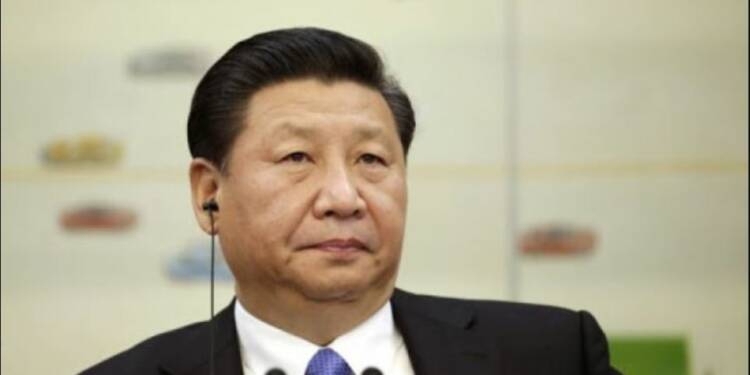 For all the hype that was being built around Chinese President’s flagship Belt and Road Initiative (BRI), the project is turning out to be a huge liability for China. Initially dubbed a New Silk Road, China has made the BRI a debt-trap instrument and started investing in every possible part of the world. China’s total BRI investment has reached $1 trillion in the process. However, Beijing is now coming to terms with reality of many BRI partners defaulting on Chinese debt.

Countries across the world from Africa to South Asia and Oceania are showing signs of backing off from repaying Chinese debt. While some of them are demanding debt suspension, others are bound to simply lose the strength to pay debts and yet some others are looking to go as far as refusing to pay Chinese debt. Far from forming the core of China’s soft colonisation ambitions, the BRI is turning out to be a colossal burden bringing down the paper dragon.

There are a number of factors contributing to the pushback against Xi Jinping’s Belt and Road Initiative. A global economic slowdown has made several countries simply incapable of repaying Chinese debt, while others are getting emboldened by the ongoing backlash against China and yet others have come to understand China’s usuary.

Moreover, Xi Jinping administration has been constantly claiming that Chinese economic growth has remained largely unaffected due to the Wuhan virus pandemic. Therefore, BRI debtors get another argument to demand debt-forgiveness from China. Take for example, the African continent, where several countries have managed to get Chinese debt suspended.

Under pressure from G20 powers like the United States, Japan, and the United Kingdom, the World Bank has convinced Chinese authorities to suspend debt of 11 African countries under the Debt Service Suspension Initiative (DSSI). The way African countries have managed to get Chinese debt paused will now serve as a precedent for other countries reeling under Chinese debt to procrastinate repayment.

While African countries have used diplomatic coercion to delay debt obligations, Papua New Guinea has followed a much more aggressive policy to tackle the Chinese debt trap. In August this year, Papua New Guinea bluntly refused to pay back Chinese loans for a National Data Centre built by China’s telecom giant Huawei with a loan of 53 million Dollars from the Export-Import Bank of China.

The island nation had discovered that China was using this data centre to spy on the affairs Papua New Guinea and therefore found an excuse to desist from discharging debt obligations towards China.

And then growing lack of willingness to repay Chinese debt is not the only issue. Some of China’s key BRI partners simply don’t have the economic capacity to honour debt obligations. Take, for instance, Pakistan where China has invested several billion dollars under the China-Pakistan Economic Corridor (CPEC)– a part of the Belt and Road Initiative (BRI).

The CPEC has got mired in financial roadblocks and administrative lapses, which have in turn led to massive cost overruns and rising debt obligations. Originally valued at 46 billion US dollars, CPEC is now estimated to be as big as 87 billion US dollars. But Pakistan doesn’t have the money to repay, as Islamabad’s Arab godfathers too have abandoned it. China may as well lose hope of recovering its commercial loans to Pakistan.

At the same time, other countries like Sri Lanka are still trying to keep extracting ‘easy money’ out of China. And a goodwill-hungry Beijing cannot say no. The BRI might therefore become an even bigger burden for China as there will be countries with little capability or willingness to pay back loans who might still want to keep extracting Chinese money.

China’s BRI is huge and the failure will therefore be just as traumatising and painful for China. But it seems that China doesn’t really have a choice, and is fast heading towards losing a major chunk of its 1 trillion Dollar investments. The BRI was an instrument of foreign policy coercion for Xi Jinping, but it has only eroded whatever little soft power China still enjoyed. And now the Belt and Road is also going to be the one bringing down the Chinese economy and investors.