After ensuring the fall of Hong Kong, Lam is helping CCP to empower Shenzhen at the cost of Hong Kong 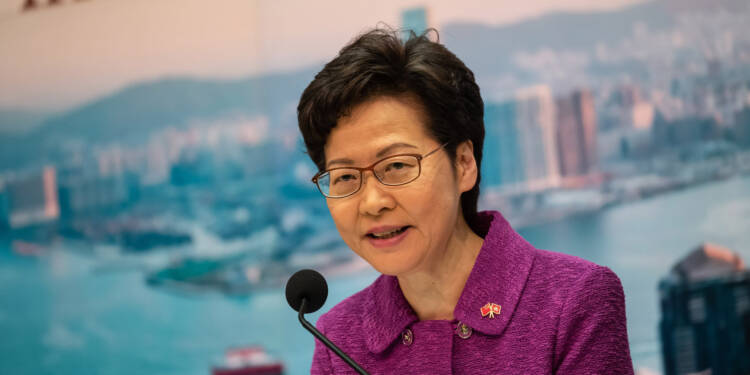 In 2019, Hong Kong died a sad death, or at least the rule of law and civil liberties did. This time it’s the death of its economy and Carrie Lam, Hong Kong’s ubiquitous leader is making sure of it. Amid the backdrop of Xi Jinping’s idea of building a similar economic hub in Shenzhen, Carrie Lam is playing the role of his facilitator-in-chief.

On October 11, China unveiled a new comprehensive reform plan to build Shenzhen into a pilot demonstration area of robust economic growth under socialism with Chinese characteristics. Carrie lam, Beijing’s para dropped political leader of the Hong Kong Special Administrative Region (HKSAR), promoted the idea without objections and justified that Hong-Kong must maintain its competitiveness and create a “dual city economy”.

Being the leader of Hong Kong, one would have expected Lam to stand up for her citizens. She failed impressively, giving in to all of CCP’s demands, Carrie pledged to fully co-operate with Beijing over the National Security law, which proved to be the last nail in the coffin for Hong Kong’s civil liberties and freedom from Beijing.

Since the beginning of her rule in Hong Kong, Carrie Lam has spent no time in-toeing Beijing’s line. She has left no stone unturned, from arresting pro-democracy leaders, Martin Lee, media tycoon Jimmy Lai, and veteran lawyer Margaret Ng to now facilitating the “dismantling of Hong Kong’s economy”.

Amid China’s plans to develop Shenzhen into an economy similar to Hong Kong’s, Lam visited Shenzhen and called for a “dual city economy” effectively ending any faith the people of Hong Kong had in their leader.

After effectively eroding the political structure of Hong Kong, Lam played an enormous role in facilitating Beijing’s “National Security Law” to penalize and extradite pro-democracy activists to the mainland for prosecution.

When the United Kingdom transferred Hong Kong to China in 1997, it was with the promise that Beijing would apply the “two systems, one country” standard for 50 years. This idea of Hong Kong was systematically annihilated by Lam and her superiors in the CCP.

In Hong Kong’s political system, Lam has acted as a fifth pillar, but, instead of upholding the idea of what pillars do, she has successfully sabotaged Hong Kong’s institutions. She is a wolf in sheep’s clothing.

Characteristically, she has become one of the most infamous women in Hong Kong. She has obliterated everything that Hong Kong had stood up for, for many years.

Lam, at one point during the mass protests, had questioned the liberal education system of Hong Kong. She termed it “poisonous” and claimed that it fed “false and biased information” into the minds of Hong Kong’s youth. She said, “In terms of handling the subject of liberal studies in the future, we will definitely make things clear to the public within this year.” This step would further kill any creative and inventive ideas, which has so far been the cause of Hong Kong’s rising economy.

What makes Carrie Lam a unique character in Hong Kong’s politics is her ability to carry out her sinister plans while still hiding behind the tyranny of Xi Jinping. Her unique personality as a tyrant is employed by the structure of the CCP and its authoritarian leader. She exercises near-absolute power and provokes civil liberties of her citizens, at her whim. Her superiors give her the legitimacy to exact this control over the area as she maintains order and keeps the citizens in line and order or as required by Beijing’s outline of a Chinese identity.

This portrayal is similarly identical to ‘Mildred Ratched’, or as famously known as ‘Nurse Ratched’ from the 1975 film ‘One flew over the Cuckoo’s Nest’. A tyrannical character who has become a popular metaphor for the corrupting influence of institutional power and authority. The character was portrayed by Loise Fletcher who earned the ‘Academy Award for Best Actress’, in Carrie Lam’s case, she will infamously earn the title of “The woman who destroyed Hong Kong”.

Nawaz Sharif could be back as the PM. Army could get its powers curtailed. And Imran could be a sacrificial lamb