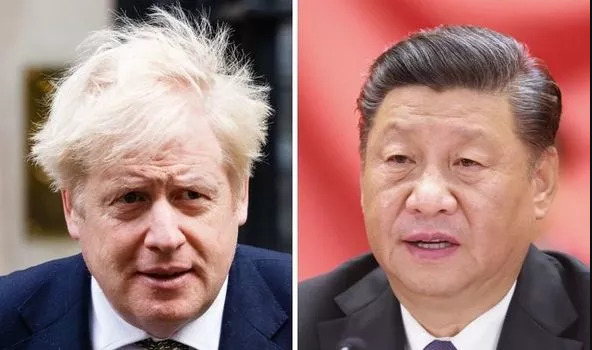 The United Kingdom is dealing blows after blows on Chinese adventures and now Boris Johnson is taking the fight to Africa. In the face of stiff competition with China’s monstrous investments in Africa, Boris Johnson administration has announced to invest more than £100 million for a road in Benin, a West African state.

As the UK is wrapping up its exit from the European Union, it is keen to increase its trade linkages which were not possible being part of the EU. On the other hand, the UK is countering Chinese over-reach. Be it the phasing out of Huawei from UK’s 5G network infrastructures or sharing intelligence reports with European countries and pushing them to keep Huawei at bay. UK is also increasing its engagement in the Indo-Pacific which is only going to increase post BREXIT. And now the United Kingdom is taking the fight to Africa.

Read more: Is UK planning to come to the South China Sea to take on China? Post-BREXIT, definitely

UK is investing £100 million via U.K. Export Finance, Britain’s export credit agency to build a road between the cities of Bohicon and Parakou for improved transportation and greater trade relations among Benin and its neighbours. The UK is planning this to be a start of the many more projects to come and sees it as a confidence-building project.

The reinvigorated interests of the west in Africa is making them look for prospects for investing in the continent. The USA and the European Union have already started taking steps on these lines. And now the UK, too, is stepping into the African gamble. And the UK is confident that it can give major setbacks to the dominant Chinese investments in the near future.

China has been investing in the African continent for the last two decades continuously, making it the dominant investor in the continent. The investment has intensified since Africa came under China’s Belt & Road Initiative. Between 2000 to 2018, China has invested $648 million in Benin and $148 billion in the whole African continent.

The African countries were starved of investment and desperately wanted the involvement of big economies. And in comparison, to the western investment which was laden with conditions, Chinese investment came with no strings attached. However, as the dust is settling, all countries can see the original Chinese designs of imperialism and understand that Belt & Road Initiative is nothing but a tool for Debt Diplomacy. Thus, China being the largest investor is facing an unprecedented level of backlash.

As time has passed, the African countries are finding that there was a lot of thing between the lines, making them a victim of China’s Debt Diplomacy. As per Nick Westcott, director of the Royal Africa Society, “The Chinese have largely taken advantage of the fact that Africa was desperate for investment and there wasn’t enough competition”.

There are many pieces of evidence of this spread throughout the continent, and this has made China a despot in the eyes of African people. It is this mistrust of Chinese in Africa which has made them confident of taking on Beijing. Minister of Exports, Graham Stuart said that “It shows that U.K. businesses, with the right support from the government, can continue to export anywhere in the world.”

China has invested heavily in Benin, be it the $23 million for a 5-kilometre overpass in Cotonou, and $4 billion for a rail line. Among other projects, Chinese influence may be judged by the presence of a “China Cultural Centre” in Cotonou.

Even though it may look overwhelming, as per many analysts, the African countries whose leaders have interests of their people in mind and who care about the independence and sovereignty of their nation will prefer to do business with open states that offer regulations but have no hidden catches or agendas.

Thus, in the BREXIT scenario with all its options open, the UK is willing to take on China on what used to be China’s turf. Now Boris Johnson’s administration is picking the right signals of a people who are frustrated with Chinese over-reach. London is taking on Beijing in Benin and is most likely going to win, UK will likely crack open China’s façade of influence in the African continent and with EU & the USA, it will be able to bring China further into the corner.