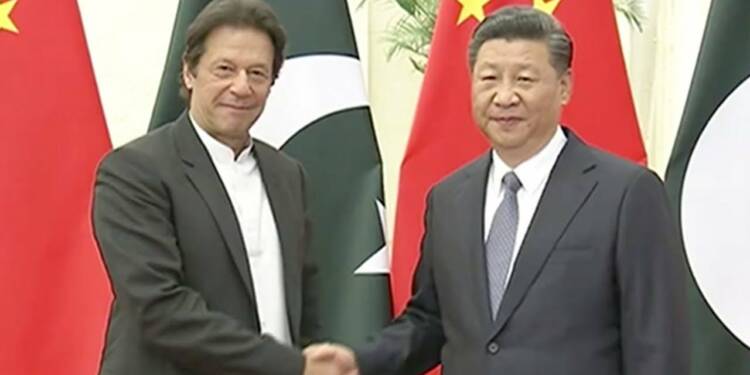 The People’s Republic of China is giving a very definite shape to its colonial ambitions in Pakistan. Presently going through an agrarian crisis, China needs more land to fulfil its food grain requirements. And now, Pakistani land could be used for fulfilling China’s agrarian needs. China could therefore be looking to establish new-age plantations in Pakistan, similar to those once set up by European colonisers in tropical and sub-tropical parts of the world.

As per latest reports, Islamabad is looking to gift two Sindh islands- Buddhoo and Bundal, to China. Imran Khan government has shown readiness to sign a gift deed for giving away Pakistani land to China, only days after reports about China’s plans to choke downstream Pakistan, and snatch its share of water from Indus River. Therefore, Pakistan has been given two choices by Xi Jinping- give us your land or forget water. In both the scenarios, it is Pakistan which is supposed to starve. Through the CPEC, China is Pakistani land to address its agrarian crisis back home

China’s land and water wars against Pakistan come amidst an acute farm crisis in China. China’s food security has been threatened by many factors including an artificial flood in Chinese villages, reckless trade wars with the United States and tariff battles with Australia that have gone as far as the Xi Jinping administration slapping 80 per cent tariff on Australian barley and banning certain meat imports from down under. China has also been hit by locusts and swine fever, which have further shot up food prices.

There have been far too many ominous signs of the paper dragon staring right into a crippling food shortage crisis. The Communist nation has been signing back to back deals on food grains and food products with other nations. China has to go as far as buying millions of tons of food products from its adversaries like the United States. China is perilously dependent on food grains upon others, including upon those nations whom Beijing considers its arch-foes.

China’s food inflation has shot up to 13.2 per cent. Xi Jinping has been asking his countrymen to ‘eat less’, but that is also not likely to make much of a difference and now Beijing has to find an alternative option to meet its food consumption needs. The first option that came to the Chinese Communist Party’s mind is clearly to starve Pakistan and meet China’s own food grains demand.

On the other hand, Pakistan itself lives in a perennial food shortage crisis. Foodgrains deficiency in Pakistan often leads to Islamabad denying food supply to regions like Pakistan occupied Kashmir, which is legally a part of India’s Union Territory of Jammu & Kashmir. Pakistan government has also been refusing to supply rations to minority communities, particularly the Hindu community, owing to the crippling food shortage in the Islamic country.

More recently, Pakistan’s agrarian sector has been hit profoundly by a deadly locust attack. In fact, Pakistan is itself staring into a huge famine that could lead to millions of Pakistanis going hungry.

But guess what? China doesn’t care. Pakistan is a de facto Chinese colony, and the people of China have the first right over Pakistani resources. This is how colonialization works. In the 19th and 20th centuries, European colonisers didn’t stop milking plantations in their tropical/sub-tropical colonies even if the colonised nation was passing through a deadly famine.

In India, for example, British planters used to force Indian peasants to grow indigo under unfavourable terms, during the colonial era. Now, Chinese companies would be exploiting Pakistani farmers in a very similar manner.

Therefore, if both Pakistan and China starve, then whatever is produced in Pakistan would first satiate a hungry China and the leftover would be retained by Pakistan. As of now, Pakistan is gifting away two islands to the paper dragon, but China has the option of encroaching more and more Pakistani land in the near future. After all, Beijing retains the ability to choke Pakistan and cause massive droughts in the Islamic Republic, if Islamabad doesn’t comply.

China has therefore made a real colony out of Pakistan. Pakistan’s land no longer belongs to the Pakistan government and is becoming a mere instrument to fulfil China’s food consumption needs.