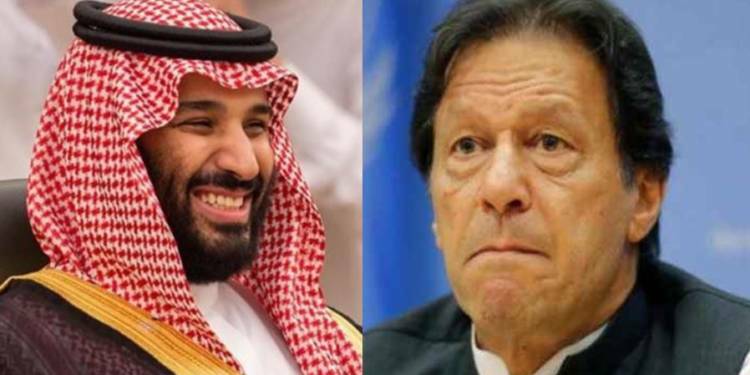 Saudi Arabia has again shown Pakistan its place. Pakistan had planned to hold a grandiose public meeting on 27th October, Tuesday to observe “Kashmir Black Day”. However, Riyadh has asked Pakistani embassy to not hold any public event and hold the event within the embassy’s premises and even their they should keep it ‘low-key’.

As reported by The Print, according to the Indian diplomatic sources, a diplomatic source said, “The Saudi government generally does not support large-scale political programmes even if it is being organised by Pakistan. They have clearly told the Pakistani authorities to not to hold public events as those can create problems,”

The Kashmir Black Day is a yearly Pakistani event when they observe the anniversary of the day the Indian Army arrived in Jammu & Kashmir to fight off the 1947 Pakistani invasion. In their weird imagined history, Islamabad tries to see itself as the force of good which is extremely narcissistic. And from the looks of it, even Riyadh too is fed up of Islamabad.

As reported, New Delhi had also informed Riyadh about conduction of any such event by Islamabad can create issues for the Indian ex-pat community living in Saudi Arabia. The recognition of Indian concerns tells the height to which the relationship between India & Saudi Arabia has grown.

As the relationship between India and Saudi Arabia is at an all-time high, the relationship between Riyadh and Islamabad is at an all-time low. Even after continued efforts of Pakistan, the Kingdome of Saudi Arabia has refused to meddle in the internal matters of India and thus recognized the revocation of the special status of Article 370 and bifurcation of Jammu and Kashmir into two separate Union Territories (UTs) as internal matters of India.

The OIC (Organisation of Islamic Countries) under the leadership of the Kingdom of Saudi Arabia has denied any significant action against India even after regular demands by Pakistan. This has even led to Pakistan sliding away from Riyadh’s influence to becoming Turkey’s lackey.

The distance between Riyadh and Islamabad has further increased since Pakistan tried to create an alternative organization to OIC with Turkey and Malaysia. Earlier, Saudi Arabia had ordered Pakistan to pay back the loan that was granted ahead of time. These threats irked MBS so much that he ignored the visit by General Qamar Javed Bajwa who came to mend the sour ties.

Read more: As Saudi and UAE abandon Pakistan, China has a real shot at making it an Unislamic Chinese colony

On the other hand, Saudi Arabia has become one of the major trading partners of India and the Kingdom even considers India as a larger strategic partner in regional affairs. The Kingdom has also conferred its highest civilian award to Indian Prime Minister Narendra Modi. Since then, Islamabad has been miffed as PM Modi and MBS are strengthening their ties in the region.

Thus, Saudi Arabia denying Pakistani embassy to hold any public event which was aimed at vilifying India showcases how important the India-Saudi relations are in the eyes of the Kingdom of Saudi Arabia. As India and the USA are about to become allies in all practical sense, the relationship between Riyadh and Delhi will only touch new heights and Pakistan is sure to be further cornered.