US is looking out for Taiwan 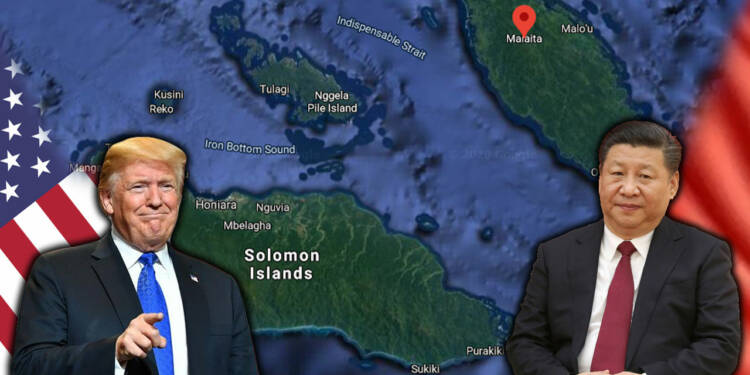 The United States has made a big diplomatic move to kick China out of the Pacific Island region stretching from Easter Island in the East to Hawaii in the North to New Caledonia and Palau in the west to Tonga in the South. Till now, the Pacific Islands region was becoming a venue of strategic competition between Beijing and Taipei. But now the US is also getting more and more involved in the region.

The level of American aid is rather overwhelming here. The US aid pledge to Malaita is 50 times more than the aid that this province in the Solomon Islands received from all the countries combined in 2018. The White House is not just pledging aid to Malaita, but also rewarding it for taking a pro Taiwan stand at a time when the Solomon Islands administration switched loyalties and chose China over Taiwan.

Dr Terence Wood, a researcher with Australia National University’s Development Policy Centre said, “It’s either a remarkable coincidence for some reason, someone in the US State Department has suddenly found Malaita on the map, or much more likely, it’s got a lot to do with geopolitics”.

The United States aid to Malaita is also a soft signal to the Solomon Islands. Washington is suggesting that the Solomon Islands may have chosen China over Taiwan, due to the bait of Chinese investments. But now the Pacific Island country must realise that it will lose out on massive American aid that is likely to fall in hands of pro-Taiwan players in the Pacific Islands region.

And then the Solomon Islands is not the only Pacific Island nation that has something to learn out of American aid to Malaita. Even others like Kiribati who have cut ties with Taiwan and have established formal, diplomatic ties with Beijing will also understand that there is a lot of American money on offer if they continue supporting a democratic Taiwan over a Communist-Authoritarian China.

But here is the real deal- the massive American aid to Malaita proves that the bulk of generous US aid will ultimately fall in hands of countries that continue to support Taiwan’s status as an independent nation. And this could as well turn the tables against China in the Pacific Islands.

Till now, it seemed as if Beijing would gain predatory control of the Pacific Islands. The region has traditionally been a venue of strategic competition between China and Taiwan. Of late, the regional rivalry between Taiwan and the People’s Republic of China was becoming an asymmetric game, owing to the paper dragon’s growing size.