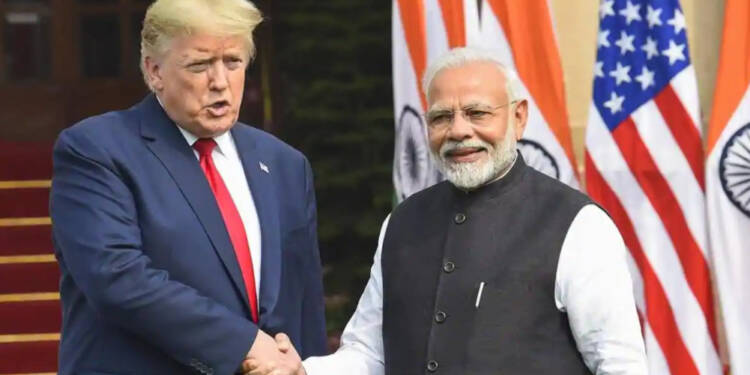 India and the US on Tuesday signed the crucial Indo-US Basic Exchange and Cooperation Agreement (BECA) at the third annual US-India 2+2 ministerial dialogue in New Delhi. The signing of the deal comes at a crucial time as the US heads into the election with President Donald Trump seeking a second term. With the election not even a week away, the timing of the offline meeting between Secretary of State Mike Pompeo, Defence Minister Rajnath Singh and External Affairs Minister S Jaishankar suggests that the US attaches great importance to US-Indian relations. Both Trump and Pompeo are pinning their hopes on New Delhi for curtailing the threat of China in the Indo-Pacific and thus the inking of the deal has come at such a delicate time when India and China are engaged in a border standoff.

The BECA agreement will further enhance the interoperability of the two militaries and the two countries will be able to share geospatial information & intelligence helpful for defence-related issues. For example, it can help India track Chinese border buildup better as well as increase the accuracy of Indian missiles. Also, it is a key step for India when it comes to acquiring armed drones such as MQ-9B from the US.

“We held a comprehensive discussion on a range of key issues. Inking of BECA with the US is a significant move. Our military to military cooperation with the US moving forward very well. We identified projects for the joint development of defence equipment. We reaffirmed our commitment to peace and security in the Indo-Pacific region.” said Rajnath Singh after signing the agreement.

BECA had been under negotiations for over a decade as the previous UPA governments could never really go ahead with the agreement, however, the Modi Government in the last four years has been on a spree to sign military pacts and strengthen the relationship between two superpowers.

The Indo-US dialogue coincided with the Chinese Communist Party’s plenary session where President Xi Jinping is currently reviewing critical policy decisions, such as his country’s next five-year plan.

China’s propaganda mouthpiece, Global Times is yet to publish an op-ed after the signing of the BECA deal but Global Times editor-in-chief Hu Xijin is visibly shaken by the developments and true to his nature has resorted to making snide yet brain-fade remarks.

“Congratulations to India for becoming one of the US’ many lovers, and winning itself a small gift that can temporarily satisfy India’s self-esteem” tweeted Xijin.

Congratulations to India for becoming one of the US' many lovers, and winning itself a small gift that can temporarily satisfy India's self-esteem. pic.twitter.com/oEG1sjX6VG

China in the run-up to the ministerial meet had tried to play down the deal and continued to draw parallels that India would never be an ally as strong as Japan for the US.

“India-US ties will be deepened, especially in the military field, but they will not form a traditional alliance like the one between the US and Japan as the purpose of the US wooing India is to serve its global strategy, not to make India stronger” read one of the earlier editorials.

This agreement, if looked in the backdrop of the relations among the QUAD member countries, becomes all the more significant. After the signing of BECA, all three of the four members of the QUAD have become military allies of the USA and if anyone was not sure of QUAD being institutionalized, then this should clear all doubts.

With BECA, India has upped the ante and despite Global Times’ vague rhetorics to soothe the Poltiburo’s fragile ego, one thing is clear as day, Beijing is rattled by the developments. US and India embarking in a new dawn of military cooperation was never going to be good news for Xi Jinping and his communist regime, and it looks like India has hurt the paper dragon where it hurts the most.