China is using Operation Fox Hunt to hunt its own people abroad, and US is cracking down on it 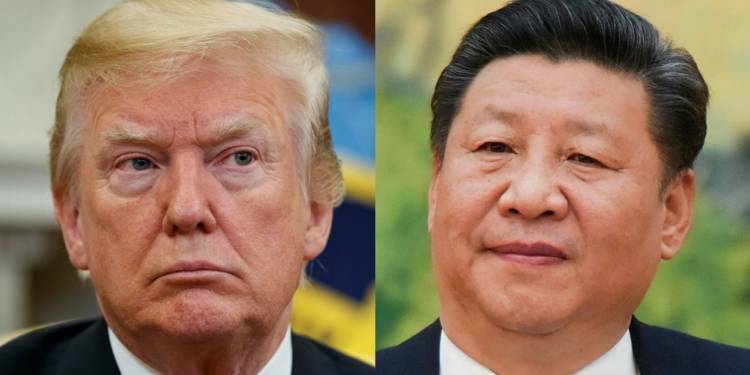 The people’s Republic of China under the brutal regime of the Communist Party of China has a long track record of suppressing its citizens who raise their head against the suppression of the party or its malpractices. From the horrific Tiananmen Square Massacre to oppressing democratic revolutionaries in Hong Kong. But the issue of CCP’s operations overseas against native Chinese people doesn’t gain much public notice. The victims include those who either escaped the witch hunt for ideological dissent domestically or the former Chinese spies who refused to follow the commands from China’s Ministry of Public Security and started a normal life in the other countries.

Recently the US held a crackdown on such ‘operations’ orchestrated by CCP on American soil. On October 28th, the US Department of Justice nabbed eight individuals who were abiding by the orders of the Chinese government, on the pretext of being illegal agents of China. They were reported to be conspiring on a large scale to illegally conduct surveillance, harass US residents, and coercing them to return to China. In the last month as well, a native Tibetan was held in New York, who was working towards gaining intelligence about the Tibetan community in the area and reporting it back to Chinese officials.

The FBI Director Christopher Wray stated that the primary reason for such operations was to instigate fear among Chinese diaspora so they do not raise voices of dissent against the Chinese Communist Party or its Government in mainland China. He further stated that such operations which have been termed as ‘Fox Hunts’ by the US government are directed against the native Chinese diaspora in not just America but around the world.

China has officially described ‘Fox Hunts’ as an International anti-corruption campaign, it was started six years ago by Xi Jinping aimed at pursuing corrupt officials and business executives who had fled abroad in search of safe havens. But in reality, it is a sweeping operation designed by the CCP government that targets Chinese nationals who are perceived as political rivals, dissidents, and critics who wish to expose China’s extensive human rights violations in territories which it currently controls.

FBI’s director exposed the extent up to which agents who commit such operations can go. He stated that if the agents are unable to locate a Fox Hunt prey, they harass the victim’s family and give them the option of either returning to China or to commit suicide, even their families back in China are kidnapped for leverage.

Of all the American counterintelligence cases that the FBI handles, nearly half of them are China-related. The Director continued, that the Chinese government was also engaged in mass-hacking, identity theft, and critical intellectual property espionage. He extended a helping hand to many of such potential preys of Fox Hunt for providing safety and security. The FBI has been reportedly cooperating with other countries whose citizens are at the receiving end of China’s aggressiveness and disruptions in the lives of its citizens.

Such operations that violate international norms suggest China’s attitude of disregard towards rule of law. Instead of working with the local authorities for assistance in dealing with the alleged criminals like what responsible countries do, Beijing engages in unauthorized covert operations and assassination plots like criminal Mafia organizations. The People’s Republic of China refutes local laws and sovereignty of the country where its Fox Hunt operations take place. This clearly cannot be termed as what a normal country would do in normal circumstances.

When these alleged corrupt officials return to China, no one knows what happens to them. One can only imagine the worst when China has been reported of engaging in state-sponsored persecution of its citizens now and then. No other country in the world has detained more than a million members of its ethnic minority community and conducting mass ideological brainwashing of them. Though other governments have been committing human rights violations, no other government in the world has done it with so much assertiveness and aggression.

Chinese Government single-handedly has become the epitome of fascism and authoritarian politics in the world. It is a model in which future authoritarian regimes can only dream of becoming. A utopian world, where Xi Jinping is the Big Brother from the famous book 1984, by George Orwell. Everything happens at his command and nothing is beyond the reach of Chinese censors. Any voice of dissent will be awarded punishment by the state, human rights are non-existent and there is no check on the government repression.