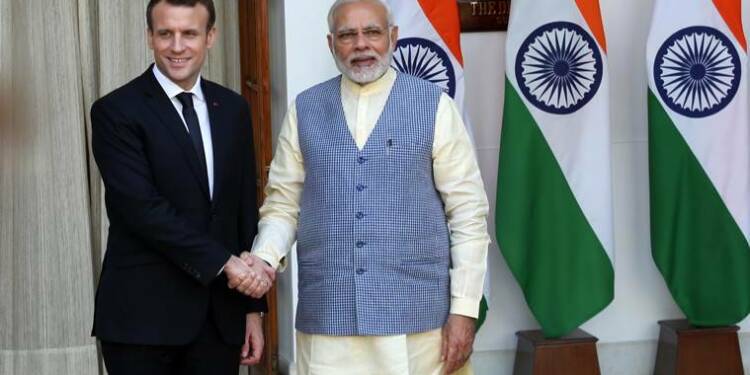 While France takes the fight to the Islamic radicals, terrorists, and terror-sponsoring nations such as Turkey and Pakistan, India stands beside France. In the past couple of days, Emmanuel Macron and his French government have faced scathing attacks by the autocratic Islamic states, India came out unabashedly in full support of France and criticized the personal attacks on the French President.

Also Read: India officially comes to the support of France in its fight against radical Islam

Franco-Indian relations will always be the envy of the world. The relationship is based on strong understanding, trust, and mutual respect towards each other. France has always backed India, be it on Kashmir, issues with the nuclear testing, or in the admittance into the UNSC. Therefore, as France faces a barrage of negative comments from countries like Turkey and Pakistan, India made sure to support its ally by giving stern statements and criticizing the behavior of the scathing comments as unacceptable and in violation of the most basic standards of international discourse.

Franco-Indo relations share a long history of goodwill. France has stood by in India’s support various times when required. The relation has evolved into a solid partnership between the two states which started when both countries entered into a Strategic Partnership in 1998. The three pillars which have so successfully guided this relation of paramount importance to India are I) Defence Cooperation, II) Space Cooperation and III) Civil Nuclear Cooperation.

In 1998, India invited then French President Jacques Chirac, visited India as the chief guest on Republic Day. He stood by the Indian administration as India conducted the “Pokhran II” nuclear tests. This immense support from Chirac, especially when the US and others were contemplating the imposition of economic sanctions on India, proved to be a turning point in India-France relations that are going strong even today.

But even before that, France has always been a source of procuring world-class fighter aircraft for India since 1953 and therefore the Rafale Deal is just part of a long-standing relationship guided by trust and respect.

France’s Rafale has boosted India’s Air Force strength and was exactly what was required to counter the growing Chinese threat in Asia. Therefore, the deal could not have come at a better time and the sale of the aircraft has only strengthened the partnership between the two states.

Moreover, these aircraft have also opened the doors for defense technology transfer to India, under the “Make in India” program. “France has always been the pioneer of defence production in India and is committed to technology transfer to strengthen India’s defence under the Make in India programme,” said the French ambassador to India Emanuel Lenain.

Today, the domains of cooperation have increased between the two states, ranging from terrorism to global warming, maritime security to sustainable development, and norms-based international institutions to technology and innovation as described by Foreign Secretary Harsh Shringla.

Maritime co-operation in the Indo-pacific near the Reunion Islands (French territory) is also one of the key pillars in the relations. And both the navies conduct the annual “Varuna” naval exercise to further enhance interoperability and co-operation.

In 1998, India invited then French President Jacques Chirac, visited India as the chief guest on Republic Day. He stood by the Indian administration as India conducted the “Pokhran II” nuclear tests. This immense support from Chirac, especially when the US and others were contemplating the imposition of economic sanctions on India, proved to be a turning point in India-France relations that are going strong even today.

France has always batted for India’s admittance into the United Nations Security Council and has always reiterated its support for India’s entry into the exclusive and beneficial Nuclear Suppliers Group.

This relation has been mutually beneficial, but for India, but France has always gone “One Step Beyond”. France has always supported India’s cause on Kashmir, it has always maintained its position that the issue of Kashmir is India’s internal matter and therefore there is no need for an external intervention on the matter.

Therefore, whenever Pakistan tries to stir up the Muslim community in France for the issue of Kashmir and mobilize them, the French administration always rejects and cracks down on these initiatives. France even denied Pakistan a weapons trade deal worth $1.8 billion in 2010 as India presented displeasure over the deal.

The French understand the Indian cause and have always supported since the time of Jacques Chirac and therefore, to not sour this fruitful relationship, do not allow any kind of anti-Indian activities on the French soil.

Therefore, when France needs to support the most in these harrowing and worrying times, India is looking to stand by its partner in times of crisis. The resultant official comments and support for the French government and Emmanuel Macron is a reciprocation of the goodwill that both these democratic states share and the bonhomie that the people of these two great nations have for each other.

And just like that, after official support from the Indian government, hashtags #IStandWithFrance, #WeStandWithFrance, #IndiaWithMacron, and #IndiaWillBackFrance started to trend in India is a sign of deep cultural linkages and admiration of the people of the two states. It is a sign of fulfilling, strong, and healthy relationships.