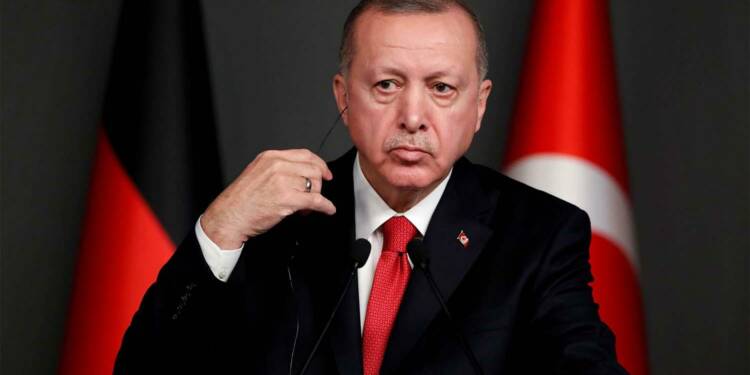 Turkey is backing an armed conflict in the Nagorno-Karabagh region. Turkey is in an ideological battle with Saudi Arabia. Turkey’s President Tayyip Recep Erdogan is an aspiring Caliph who has now hit out at France and other western European States for relaunching the Crusades because they want to stem Islamic radicalisation in their states. Yes. The crusades. It doesn’t get worse than this for the Turkish president.

Of late, Erdogan has been launching scathing attacks on the French government and especially President Emmanuel Macron. He said that the French President requires some sort of mental treatment. And now he accuses the west of relaunching the “Crusades”. He seems frozen in the age of the crusades, the caliphates, and converting cathedrals into mosques.

Erdogan’s comments come after the French weekly satirical Charlie Hebdo published a caricature of Erdogan “sitting in white t-shirt and underpants, holding a canned drink and lifting the skirt of a woman wearing an Islamic hijab to reveal her naked bottom.”

He claims that the west, that is, the Christian States are “once again headed to a period of barbarity” and want to “relaunch the Crusades”.

The Crusades were a series of religious wars initiated, supported, and sometimes directed by the Latin Church in the medieval period. The term refers especially to the Eastern Mediterranean campaigns in the period between 1096 and 1271 that had the objective of recovering the ‘Holy Land’ from Islamic rule.

Erdogan’s comments about the western European states of relaunching the crusades simply reflects the mental faculty of a person who’s still stuck in a time where wars and conflicts were the calls of the day and religious sentiments ruled the heads of those in charge. And this also reflects in Erdogan’s foreign policy with his neighbors and especially Christian states.

His role in fuelling the Nagorno-Karabagh conflict, his mordant remarks on the French president, his aspiration to be the leader of the Muslim world are all reflected in his severely militant foreign policy. He has armed the Muslim dominated Azerbaijan against its fight in Christian dominated Armenia. He has even sent armed Syrian mercenaries to fight in the conflict.

He is a nostalgic leader who cannot comprehend Turkey’s downfall, and he wants to restore Turkey’s position to the days of the Ottoman Empire. This has soured Turkey’s relations with its neighbors and Europe too. He has picked his fights based on ideology and civilisational conflicts. But against Europe, his policies reflect a disgust against the Christian world, as a leader in the 21st century he has failed to respect even the slightest of the Christian values or any other ideas which comprehend secularism.

The Crusades were a dark time in the middle ages and Erdogan’s comment about the relaunching of such a dark past reflects that he wants a “clash of civilisations” again, where the Muslims and the Christians are fighting each other endlessly for trivial motives and gains.

Moreover, Erdogan considers Turkey and the Muslims to be a victim and thus fuels his motive to come out on top of an event that happened a thousand years ago. This agenda to instigate a rivalry fuelled by a historic event thousands of years ago is a testament that Erdogan is still stuck in a time where armed conflicts based on religious sentiments were the order of the day and he has encapsulated himself in it.

Furthermore, his actions to convert major Churches as the Hagia Sophia Cathedral and The Church of the Holy Saviour in Chora, which had served as museums for decades, shows the disgust and the hard-line approach of Erdogan’s policies against Christian beliefs. And these are just the major ones, there are others too.

These monuments were of religious importance to Christian Europeans and thus the move to convert them is a deranged approach to fuel civilizational battles for no reason at all.

This was Erdogan’s message to the European world that he wants a fight along civilizational lines and because he wants to be the next Caliphate, he has purposely instigated a fight against the Christian community with a touch of Ideological and historical dissent.

To project himself as the next Caliphate, he even has taken up issues with Saudi Arabia, the leader of the Muslim states. His aspiration to restore Turkey as the rightful heir to the ottoman empire is reflected not just in his speeches but in the official Turkish maps and his neo-ottoman policies.

In 2016, Turkey published new maps which included Northern Syria up to Latakia, the district of Mosul in Iraq, and extend beyond the boundaries across the Bosporus straits to parts of Bulgaria and Salonika in Western Thrace. Moreover, Turkey has a strong military presence in northern Syria, where it has positioned its troops along with its proxy Sunni militias. It uses its Islamic militias against President Bashar Assad’s regime while also fighting Kurds suspected of helping the Turkish PKK movement seeking autonomy. Turkish forces have invaded northern Iraq in the name of fighting PKK Kurdish guerrillas while they are also training Iraqi Turkmen a minority of Turkish origin to develop them as their proxies in the future.

In the last 100 years, Turkey settled many ranging disputes with Europe and the Middle East. It made tremendous progress as a NATO ally but now due to the amnesia through which Erdogan seems to suffer from, Turkey stands to lose it all.