After Macron’s push for a ‘French’ Islam, Denmark is all set to ban foreign funding for mosques 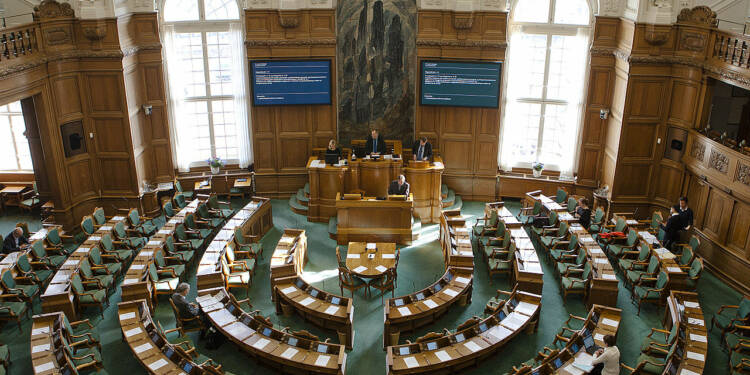 Europe is waking up to the threat of Extremist Islamists as they linger within the European countries. As France has been facing terror attacks by fundamentalists more frequently since the end of September, other countries are trying to take lessons from the French experience. In line with that, Denmark has taken some really stringent measures to make sure that Islamist fundamentalists are not able to access any foreign funding. Denmark is set to table a new bill that would criminalise funding for mosques from foreign countries and entities.

Danish Integration Minister Mattias Tesfaye announced this bill through a Facebook post. The post said that the government would criminalise the funding of mosques by any individual, organisation or even any country which, “oppose or undermine democratic values, fundamental freedoms and human rights.”

The government of Denmark has been fighting against Islamist extremism for a long time. The country’s intelligence agencies have been on alert against Islamic extremism since 2005 when a mosque in Copenhagen had sent a mission to the Middle East to rally hostility against Denmark after the Danish newspaper Jyllands Posten published 12 cartoons of the Prophet Muhammad. Because of which Danish diplomatic missions were attacked and Danish businesses were boycotted throughout the Muslim world.

The Danish government has been trying to find all sorts of solutions to curb the spread and influence of Islamist extremists as their existence is not only a threat for non-muslims but also for the Danish Muslim community. They run parallel societies and make sure that the normal and moderate Muslims do not assimilate with Danish culture and society so that they remain relevant and powerful.

Read more: A pattern that cannot be missed: Countries of “Fresh Islamic converts” are protesting against France the most

Denmark upped its ante against the fundamentalists after an investigative report in January by the Danish newspaper Berlingske broke out, which revealed that Saudi Arabia has been sending around $790,000 to the Taiba Mosque located in the country’s capital Copenhagen through its embassy.

The issue about foreign funding has been in a conversation in Denmark for a while. The opening of the first Grand Mosque in Copenhagen was under controversy because it was built by Qatari funding.

Author Douglas Murray in his book, ‘The Strange Death of Europe’ talks about the erosion of European enlightenment and the strangeness of Europe forgetting its great historical heritage in post-modern Europe. However, from the looks of it, European identity and its enlightenment ideas are again gaining ground because of the direction being provided by countries like France and Denmark.

The French response after the knife attacks in September end–the beheading of history teacher Samuel Paty–another knife attack in a church in Nice and at last the shooting of a Priest of Greek Orthodox Church–has been very stringent and the nation stands united. How Emmanuel Macron has talked about creating a French version of Islam means that he is trying to bring enlightenment in Islam through France. The same thing may happen in Denmark, where Danish try to create a Danish version of Islam.

Read more: ‘We reject Islamo-leftism coming from the US,’ France dumps American ‘liberals’ after Paris beheading

It is now turning into a continental phenomenon and Macron is leading Europe in this mega project. The joint statement of 27 European nations is a signal in the right direction, it stated that all of them stand with France in these tough times. The enlightenment in Islam is coming and it is most likely going to come from Europe, and the cutting of foreign funding to Mosques is a step in the right direction.

China has a bad case of indigestion as European Union gets closer to India, snubs Xi Jinping