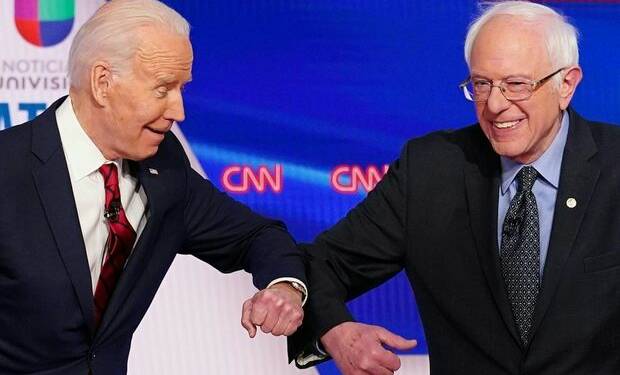 USA elections are coming to a close, and the outcome is what should be worrying, a Biden victory. However, a bigger problem seems to be the rise of the new left in US politics, led by Bernie Sanders and Kamala Harris.

Bernie Sanders is going to hijack the Biden administration as the government will be run by Kamala Harris. Bernie Sanders has in multiple Late Night Show appearances made it clear that he would make sure that a complete health care system would be put in place. This is just one measure in his pandora’s box, and much more socialist schemes will be unleashed as soon as he opens it.

Bernie Sanders is one of the most overt communists who does not hide his intentions from anyone. He has been trying to get his policies to become practices in the democratic governments. However, he has failed previous given the previous democrat presidents were moderate and he was not a welcome face in their oval office. But, since the last elections, the increased popularity of communism in the garb of democratic socialism is no hidden fact and Bernie Sanders is looking to solidifying this as a socialist block.

Read more: Bernie Sanders has hijacked Joe Biden’s campaign and has plans to turn superpower US into a super-joke

As the popularity of socialism is on a rise and mostly among the young college-going population, it has become more and more difficult for moderates within the Democrats to hold the reigns of the party. The dependence on Bernie Sanders coupled with the rise in influence of his lackeys like Ilhan Omar, Alexandria Ocasio-Cortez are already putting some bizarre ideas. Be it the Green New Deal, banning fracking, increasing taxation, etc.

Bernie Sanders has been injecting his courtiers into the Biden faction and as the preliminaries progressed, these courtiers have been influencing the policy designs for when Joe Biden becomes president. Sanders had earlier lauded Venezuela’s socialist model and now he is pushing to grant Temporary Protection Status (TPS) to the same Venezuelans running from the same tyrannical regime or what Sanders would want us to believe, a socialist paradise.

Bernie Sanders has announced his intention to be the Chairman of the Health Committee. Given his socialist credentials, he is sure to make healthcare more socialist than the Cubans. The Biden campaign has shied away from openly supporting Sander’s position, but, many of the things Sanders propounds are now part of Biden poll promises.

The Biden tax overhaul plan, which is known as 401(k) and has been termed as the first step towards socialisation of the taxation system is also an indication about where the things are heading. One issue where Trump and Obama’s administrations were on similar lines is immigration and porosity of borders. Both the administrations, leaving the theatrics, were in favour of discouraging illegal immigration and tightening the border policy.

But, now the presidentship of Biden will have a totally different approach towards immigration and illegal migrants. This is the one section of Biden’s policy which is reeking of a communist overhaul. The progressives and radicals like Bernie Sanders have been propounding open borders and higher porosity of the borders. This will be very disastrous as these illegal migrants are nither culturally educated about what it means to be American and they are sure to disturb law and order as it will be harder to police unregistered people.

Read more: Bernie Sanders unveils his plan to make America the dumping yard of the world

Bernie Sanders is sure to have a great influence in the coming Biden presidency. He will use his courtiers to nudge the policies of the Democrats to slowly but steadily move towards socialism. The impact will be like a slow poison for the idea of America, as it has been built on the principles of Capitalism and the importance of an individual. Sanders is hell-bent to destroy these two basic ideas by injecting socialism.

Sanders has been time and again shown his place by the US voters. However, he is not a believer in democracy, so he will use all tools in his arsenal to make sure the policies and ideas he cherishes get traction in the USA. The courtiers of Bernie Sanders will make use of this victory to run the government as Biden will be busy taking medications and rest. The policies which will now enter the American governance are sure to have a lasting impact. The Sanders faction is going to run the government via Kamala Harris, and the route of the American future will be shifting towards Socialism.

These elections were the first step and if the far-left progressives and socialists are not stopped, they will turn the city on the hill from a haven of individualism to a place of communism and a replica of Cuba.