France has had enough 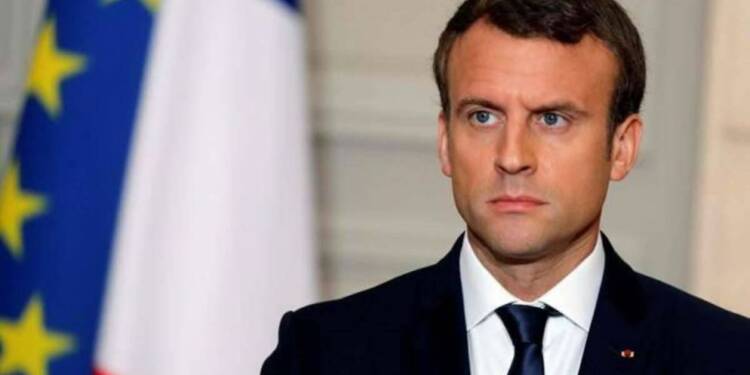 The European Union is moving towards some historic changes as the French President Emmanuel Macron has started speaking up in the language of Brexit. Just like the United Kingdom had decided to exit the EU owing to weak border controls, Macron is also speaking about the need of tighter border controls in the European Union’s Schengen zone in the background of recent terror attacks in France and Austria.

France today shares similar concerns, as Britain did when the latter made up its mind to leave the EU. But it seems Macron wants to take leadership of the Brussels-based organisation, and push for reforms like border controls and checking illegal immigration from within the organisation. Now, either Macron will have his way, in which case the EU will remodel itself and become somewhat stronger or else France will be forced to leave the EU, tearing it apart.

In any case, the EU will no longer be the same. Macron, on his part, seems convinced that he must push through far-reaching reforms to curb the issues posed by the European Union’s lenient immigration policy and loose border checks.

Recently, during his visit to Spain, Macron said that France itself would bolster its border controls by doubling police numbers to 4,800. He added that the increased numbers would target illegal immigration amidst “a growing terrorism threat”.

The French President also said, “I am in favour of an in-depth re-foundation of Schengen to re-think its organisation and beef up our common border security.”

Macron also stressed that he would make a proposal about strengthening border security within the EU during the next EU summit in December. The request would include “intensifying joint border protection with a real security force at the external borders”.

France’s latest bid to strengthen border security and reconsider the free movement norms in EU make all the more sense, as a knife-wielding Tunisian man who had killed three people in a Church in Nice last month had actually arrived in France from Italy. Therefore, it is a legitimate concern within France that free travel norms might be endangering its internal security situation.

When it came to Brexit, jobs was a big consideration behind the United Kingdom’s reluctance to remain a part of the borderless Schengen zone. For France, the consideration may be more about checking illegal immigration in face of the recent terror attacks in the country, but the language used shows stark resemblance with London’s language during Brexit.

Anyhow, France seems to be pushing the idea that the EU can exist without borderless movement and lack of border checks. Macron is clearly rallying behind the popular European sentiment in favour of a common border security approach. He knows that even others within the EU could be looking for reforms, and this is just the right time to push for them.

And then Macron’s remarks become all the more important, given France’s high stature within the EU. France is the second-largest economy in the EU, after Germany and also holds permanent membership of the UN Security Council. Now, when Paris wants to push for certain reforms, they cannot be dismissed lightly within the EU.

There is no reason why the EU shouldn’t accept Macron’s demand for increasing border controls within the Schengen area. After all, France has been wounded by terror attacks and also enjoys the rightful sympathy of other players within the EU. But if France’s concerns aren’t taken seriously, then it won’t be surprising if France decides to part ways with the Brussels-based body.

France leaving EU can actually tear it apart, as the level of cohesion within the EU has already come down significantly due to Brexit and if another giant decides to leave the organisation then it would set a strong precedent for other EU countries getting somewhat disillusioned with the intergovernmental bloc.

France is thus speaking the language of Brexit and this means two things- either the EU will come out strengthened and more reasonable, or else the very foundations of the EU will be shaken up, tearing apart the Brussels-based body.

The Big PLA Skincare Rush: China is all set to fight India with lots of sunscreen and lip balm