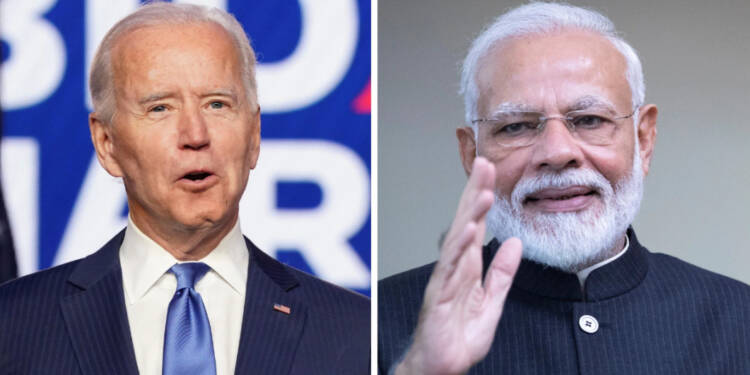 Is Joe Biden going to be good for India? Is he going to be bad for India? This is a question that everyone wants to ask. Trump certainly brought India and the US closer throughout his tenure as the US President, and now, New Delhi would want his likely successor to continue warming up to India.

Amidst all the speculations about consequences of Biden’s apparent victory for India, let us simply put it here– Biden’s accession to power gives India the best of both worlds. One, India gets to enjoy proximity to the US in the shadow of Trump’s foreign policy that is likely to outlast his Presidential stint and two, India no longer needs to worry about issues like Trump’s trade restrictions, H 1-B visa ban or withdrawal of Generalized System of Preferences (GSP) concessions.

The fact remains that Trump turned out to be one of India’s best friends during his Presidential tenure. Strategically, India and the US were never as close in the Indo-Pacific as they are today. And this is unlikely to change even if Biden comes at the helm of affairs in the White House.

Trump’s clear pivot to India was marked by his disposition to take leadership of the democratic world against China, and the American leadership role itself has come to be accepted in the Indo-Pacific. Joe Biden cannot simply throw it away and willingly or unwillingly, he will have to continue from where Trump is going to leave office in terms of American foreign policy.

For India, the shadow of Trump’s foreign policy means that Biden is unlikely to succumb to far-left elements within Democrats. Regardless of what Biden thinks about issues like Kashmir, he will avoid pestering New Delhi about such internal issues because the Indo-US relationship has evolved into a close, strategic alliance. Biden cannot afford to ruin India-US relationship.

On the other hand, while Trump did bring India and the US very close at a strategic level, he did bring along a bit of his baggage. Trump’s ‘America First’ policy often translated into certain bottlenecks for India. The most contentious of such issues being trade negotiations between Trump administration and the Modi government.

When in power, Trump was relentlessly pushing India for a trade deal favourable to American companies. The US has a trade deficit of 23.2 billion Dollars with India, something that Trump wanted to water down. However, Biden has been critical of Trump’s trade policy and is likely to pursue a more liberal trade policy with India also. On the trade front, India might as well heave a sigh of relief.

At the same time, New Delhi can also push the Biden administration to restore India’s Generalised System of Preferences (GSP) status that allowed duty-free entry of Indian exports worth $5.6 billion to the US. Trump administration had terminated India’s preferential trade status under the GSP and as such, New Delhi was finding it difficult to negotiate with White House over this issue. But Biden is expected to be less protectionist paving way for negotiations on this front.

Another issue with Trump administration was his reluctance to allow more Indians to enter the United States. Recently, Trump administration even suspended H-1B visas (high-skilled workers) till the end of 2020. The move caused reasonable anxiety in India’s qualified and employable IT sector youth that benefits the most from job opportunities in the US. Trump’s immigration policy was uncertain and India was among the worst-affected due to the high share of high-skilled Indian workers looking to make a living out of the US tech industry.

As for Biden, a lax immigration policy was almost the fulcrum of his election campaign. Now, with Biden’s apparent victory, India can assume that Biden will bring back a lax American immigration policy translating into more American jobs for Indian workers and also a spurt in remittances coming to India through such workers.

Therefore, while Biden cannot reduce the centrality that India enjoys in American foreign policy, he will be somewhat soft on issues like immigration, trade and GSP concessions. With Biden in office and the shadow of Trump’s foreign policy, India can get the best of both worlds.