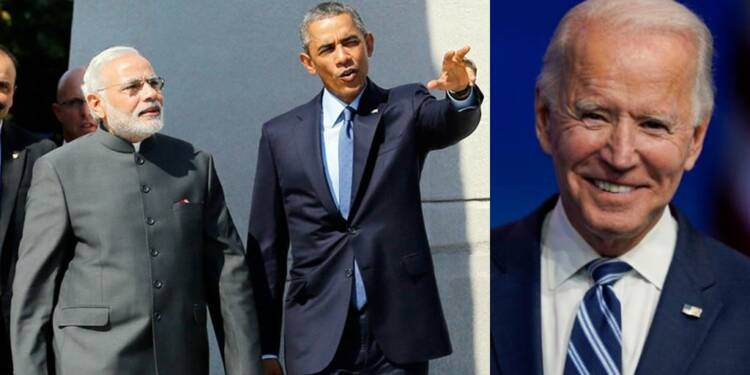 The subsequent US administrations, notwithstanding the side of the political spectrum they come from, have time and again reiterated the India-US relations being the most important as well as consequential bilateral in the 21st century. However, as the far-left lobby in the Democratic Party gained a voice, the Indian government and people became more sympathetic to the Republicans and President Donald Trump.

At a time like this, the ex-US president Barack Obama’s tell-all book has been released. The timing becomes all the more important when one reads the parts focusing on his interaction with the Indian government. In the first part of his book, he has chosen kind words for Manmohan Singh and not so kind words for Rahul Gandhi, and Sonia Gandhi combine. It has led to the already deteriorating brand Rahul Gandhi towards total decimation. Here Mr Obama’s cunning is in full display. He knows there is no possibility of an Indian National Congress-led government in the foreseeable future and his words could become a bridge between the Indian government under PM Modi, and the possible arrival of a Biden led democrat government in the USA.

His comments on Rahul Gandhi has further evaporated Brand Rahul Gandhi. Obama has revealed in his book that Sonia Gandhi selected Manmohan Singh only because she did not see him as a threat for the eventual coronation of Rahul Gandhi. Although it is a fact in India, when a leader of Obama’s stature says it, the fact becomes internationally recognised. Obama is known for his civility, and he would not have made these revelations if he was not sure of UPA led government coming to power. He has used the criticism of the previous Congress regime and its royalty to build a narrative for the democrats to reach out to the current BJP-led government. It can be seen as a gift from Obama to his former Vice President Joe Biden so that the USA under him jointly with India counter the Chinese threat.

There is a high possibility of Democrats being at the helm of power in the USA for the next sixteen years. It includes eight years of Biden presidency, followed by another eight years of Kamala Harris or Bernie Sanders or else Elizabeth Warren. If we couple this situation with the importance India has in the USA’s Indo-Pacific strategy, no statesman would want Washington to have fraught relations with New Delhi, just because of some loud yet irrelevant far-left voices’ continuous screaming and bigoted moral preaching.

The election of Prime Minister Narendra Modi in 2014, was followed by the scrapping of the travel ban on him by the USA. Barack Obama went beyond protocol to receive PM Modi when he went for the US visit. Since then, Obama has maintained a good rapport with the current government in New Delhi, and because he was able to build a good relationship with PM Modi, it led to improved India-US relations. However, since he left office, the far-left & Islamist voices in the Democratic Party, like Ilhan Omar, AOC, Pramila Jayapal among others have gained political space within the party. It has led to the democratic party taking an anti-India stance in many cases, be it the abrogation of Article 370, or their stance against CAA and NRC.

The pages on India and Congress have been welcomed by Indian right. These revelations perhaps may well be seen as an icebreaker of sorts and to assuage the concerns that the Democrats will adopt an anti-India stance. Obama has given Joe Biden the perfect impetus to forge a close relationship with India and Modi. Obama has shown his cunning in its full glory by using a book to influence world geopolitics in the USA’s favour. He has displayed his capabilities, as he can influence the India-US relations even after four years of leaving office.

Henry Kissinger, the old fool, is back and he is making his love for China very obvious again