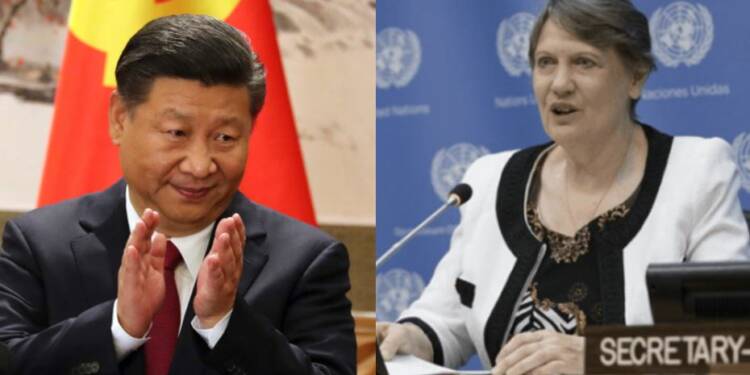 The Chinese Communist Party has spread its tentacles far and wide, compromising many country’s sovereignty. Many leaders are now being found to be compromised and have been working as per the wishes of Communist China. The latest accusations have been made on the former New Zealand Prime Minister Helen Clark by UN Watch. The Geneva-based NGO UN Watch has requested her to step down from the post accusing her of conflict of interests. However, the news reports mentioning this were suddenly taken down, which is not a good sign for any democracy.

The former Prime Minister has been chosen to head the committee which will look into the coronavirus response. This essentially means that she will be inspecting the WHO’s response to the pandemic, whose actions she has been praising for a while. She has also been accused of being a Beijing sympathiser and a supporter of the Communist regime of China. The fact that the articles detailed on the state of the internal WHO inquiry were taken down so quickly, explains the extent to which New Zealand’s democracy has been compromised.

Earlier too, TFI has reported on the precarious situation of the political parties in New Zealand, where, both the ruling and the opposition parties are funded by the proxies of China. Thus, it doesn’t matter to China who is in power, as both sides of the spectrum work in consonance with the wishes of Beijing. It also makes it hard for the people of New Zealand to get out of Chinese clutches as there is no political option which is not toeing Beijing’s line.

Moreover, TFI has also reported on Jacinda’s love for Beijing, and now the former Prime Minister is also proving the case if one goes by the UN Watch report. She has been consistently getting all news articles and tweets removed and deleted which question her impartiality given her ties to the WHO and China.

And now this one just got deleted, too.

Former prime minister Helen Clark—head of the World Health Organization's coronavirus inquiry—is smashing to pieces and burning every single New Zealand news article or tweet that questioned her impartiality given her ties to China & WHO. https://t.co/kYnubpENKr pic.twitter.com/WmL6i7xNdn

It is not old news that the Canadian WHO official Bruce Aylward made a joke of himself by maintaining silence on Taiwan in an interview back in March 2020. All these instances tell us the extent to which China has sabotaged international organisations and if it is not resisted, then the world would have to follow the instructions from Quasi-Chinese international organisations.

Sinofication of New Zealand’s politics has already become a reality. The most evident example is ‘Zhang Yikun’, who moved to the country in 2000 and before which he served in the People’s Liberation Army (PLA). Now he works as a philanthropist and has been in news for making donations to Jacinda’s Labour Party which is under the Serious Fraud Office’s investigation.

The latest actions of New Zealand’s former Prime Minister allegedly getting all the articles and news pieces critical of her taken down, signals towards reversing the democratic tradition of free speech which has existed for so long in the country. And if silencing critical voices within a democratic nation are not Sinofication of a country then what is?

The people of New Zealand need to understand the nuance and ask the right questions from their representatives. Even if the pieces critical to the Head of Enquiry into the Coronavirus Response Inquiry are based on mere allegations, silencing them is not a way to go; it only feeds to the speculations. Instead of countering the allegations, shooting the messenger may imply that there are strands of truth in it, which cannot be falsified and thus, they are deliberately being suppressed.