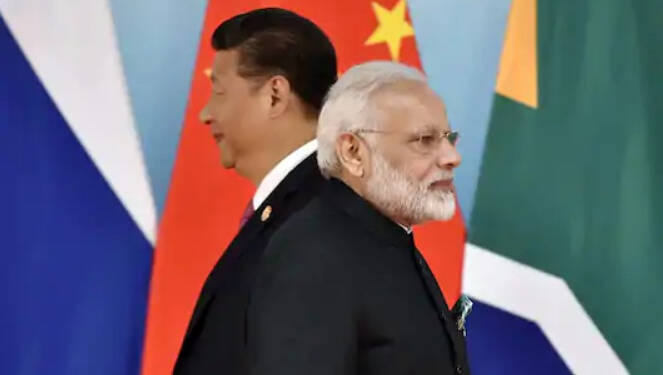 The finalisation of the RCEP agreement without India signalled a regional economic order which would be led by China. As much as one wants to deny it, the RCEP will most likely turn into a larger FTA with China as it is the largest consumer market as well as the largest manufacturer. The agreement will turn into an extension and enabler of Chinese economic recovery and a great second leap forward.

India has realised this pretty early, and even though India wanted to get into the agreement, it just cannot do so, as the Chinese overreach is really apparent. Thus, India is looking at a major reset in the FTAs that it has already signed and looks for better prospects to form new FTAs. India is looking forward to more options to move towards establishing new agreements. While India is looking for like-minded countries, the West direly needs India too.

Read more: From China to New Zealand and Thailand: All parties know that RCEP is a dead deal without India.

The RCEP, as an economic partnership, is a real threat to all the western countries and their trade interests. And with China getting a highly integrated region to do trade with, its dependence on trade with the West may deplete. In such a situation, to counter the China-led RCEP, the West will need India to have a fighting chance. Otherwise, none of the Indo-pacific policies will be sufficient to decouple the world trade and supply chains from China.

The External Affairs Minister of India, on multiple occasions, has stated that India will not be looking to be a part of the RCEP when it clearly is a trade pact with China. It would instead look for exploring trade agreements with the European Union and the USA. This chain of thoughts is in consonance with what these western nations are trying to achieve. With both the regions of the world ready to counter China against similar concerns and objectives, the congruence is so apparent that it will itself make way for multiple trade agreements and may even lead to free trade agreements.

However, the western countries also understand why it will be imperative for them to have India by their side if they wish to counter a China-led economic order. This will surely challenge and even try to overpower the Western countries in their economic endeavours. India provides the second-largest consumer market and soon will become the world’s largest consumer-cum-labour market. With the government investing heavily in infrastructure, human resources, and the health sector, India may very well become the next export destination as well as the pivot of supply chains.

The government is parallelly working on improving infrastructure, streamlining laws, and as a result attracting foreign direct investment. India is observing historic levels of Forex reserves and the trajectory of its economic growth is developing green offshoots and the IMF is projecting a promising Financial Year 2021-22.

With all these positive observations, India under the leadership of Prime Minister Narendra Modi has started to look like the best bet for the West to counter China which is increasing its influence at a breakneck pace. The West is realising this too and may very well look to reciprocate Indian sentiments, forming closer trade ties with the Western countries. Thus, if the Western world needs to counter China-led RCEP, it will need India by its side and shoulder-to-shoulder to be successful.