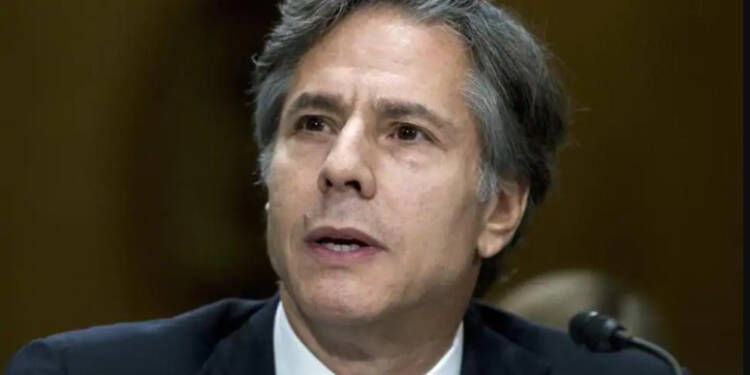 The US Presidential election results are still shrouded in a cloud of mystery as Donald Trump continues to mount a serious fight in the judicial corridors of the country. While American President jousts with the judiciary to plead his case of widespread voter fraud, Joe Biden, on the other hand, is preparing his transition team to take the charge for the next term. One of the concrete leads that have come from the Biden camp suggests that seasoned diplomat Antony Blinken will be taking over the all-important post of Secretary of State from Mike Pompeo.

Blinken, who served as deputy secretary of state in the Obama-Biden administration, had been a frontrunner for the position of Biden’s top diplomat. He was also Biden campaign’s Chief Foreign Policy Official who also determined — among other things — the order in which the Joe Biden returned congratulatory calls from world leaders. It is imperative to note that Prime Minister Narendra Modi was among the first leaders of non-treaty allied countries Biden called, along with Israel’s Benjamin Netanyahu.

While Biden is known for his pro-China love; Anthony Blinken has been much more inclined towards India and has even called an ‘assertive’ China as the common challenge for both Washington and New Delhi. Blinken had also called out China for its transgression along the Line of Actual Control.

“We have a common challenge which has to deal with an increasingly assertive China across the board, including its aggression toward India at the Line of Actual Control but also using its economic might to coerce others and reap unfair advantage. Ignoring international rules to advance its own interests asserting unfounded maritime and territorial claims that threaten freedom of navigation in some of the most important seas in the world,” he said.

People familiar with his management style describe Blinken, 58, as a “diplomat’s diplomat,” deliberative and relatively soft-spoken, but well-versed in the nuts and bolts of foreign policy. Consequently, much to the chagrin of China, Blinken had openly endorsed India to play a leading role in UNSC and even batted for the permanent seat in the council.

“In a Biden administration, we would be an advocate for India to play a leading role in international institutions and that includes helping India get a seat on a United Nations Security Council,”Blinken had said.

In the face of a rising aggressive Chinese influence, the US stands to lose its position of power, its leadership, and most importantly its place in the international structure if Joe Biden and the Democrats continue with their old, orthodox, and raggedy policies.

In an interview with Reuters in October, Blinken had said that the US must not cede its leadership role in the world—an argument put forth numerous times in the Trump administration.

“As much of a burden as it sometimes seems to play… the alternative in terms of our interests and the lives of Americans are much worse,” he had said, apparently referring to China as the alternative.

India is at the centre of the United States’ Indo-pacific strategy. The Quad, and various military pacts with India like the COMCASA and the BECA, topped with Mike Pompeo’s visit to India and the USA’s support India’s cause in the region have solidified the relations between the two powers. Trump’s bonhomie with his Indian counterpart helped in cementing relations and furthering mutual interests while simultaneously containing Chinese influence.

With Blinken guiding the septuagenarian Biden, hopes have rekindled that the US will continue to chart on the path laid by the Trump administration. So far whatever little we have seen of Anthony Blinken–it inspires some confidence that Trump’s work would not be entirely undone and that Democrats, for once, will keep up with the changing geopolitical landscape.