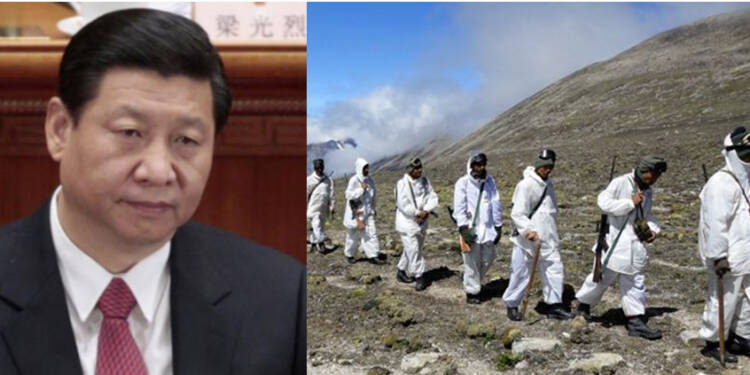 At the dawn of the 21st century, the Chinese economy boomed and with this, it increased spending on its infrastructure especially at its borders and the adjoining areas. All of this together put psychological pressure on the opponents and forced them to retreat. However, the Chinese propaganda doesn’t seem to work this time; their idea of escalating border tension with the ‘New India’ has turned into a misadventure for them that they will soon regret.

The tensions between the giant Asian neighbours started in May 2020, due to a patrolling issue near Pangong Lake. A month later, things turned violent leading to the death of 20 Indian soldiers and a proportionally larger number on the Chinese side. The tensions escalated further and both the countries preached disengagement. Nevertheless, true to their colours, the Communists never stood by their words and often turned their back to the promises made in diplomatic talks. Moreover, they resorted to the old tactics of psychological manipulation, heavy deployment, and wartime infrastructure.

Now, it is India’s turn to not negotiate, but to give a befitting reply. India had to deal with their psychological warfare, and it did. Indian citizens led by nationalist celebrities and nationalist media gave benefiting replies to China, by exposing all propaganda missionaries of China led by their mouthpiece the Global Times and then by approaching Tibet and Taiwan for public diplomacy. After which, the Indian government banned many Chinese apps under heavy usage in India that were used to spread their propaganda, giving an economic dent to the propaganda agencies of China that were also used for digital espionage.

According to the senior military commanders, “the Indian Army has deployed large diameter Hume reinforced concrete pipes in dug in tunnels to shelter the troops from enemy attack and surprise the adversary in the case of a worse-case scenario. The reinforced concrete pipes have diameter from six to eight feet, which allows troops to easily move underground from one location to other without being exposed to enemy fire. The other benefit of tunnels is that they can be heated and shelter the troops from polar temperatures and snow blizzards.”

Thereafter, Chinese military deployment was firmly dealt with by the tactics of mirror deployment – deploying an equal number of armies against your opponent in the same position and to sustain this mirror deployment; the Indian Army moved more than 150,000 tonnes of materials into Ladakh which includes vast quantities of ammunition, equipment, fuel, winter supplies, and food. Besides, India captured all the important strategic peaks in the Leh-Ladakh region and gained a geostrategic advancement over China and finally the technological advancement of Indian military capabilities with Raffle joining the fleet.

Finally, and most importantly the infrastructure, an area that had always given China an upper hand. Since Prime Minister Narendra Modi came to power, the infrastructure development programs on the India-China border have gained steam, from roads and tunnels to reach the border in lesser times to bridges for crossing rivers and channels. India has developed all-weather infrastructures at Indo-China borders that have been facilitating India’s army amidst these tensions and then, wartime Infrastructure.

One of the most important wartime infrastructures is tunnel defence. China used it in the Sino-Japanese War for the first time, then helped North Korea with it in the Korean War of the 1950s, and Vietcong in the Vietnamese war of the 1960s. In contemporary times, they have constructed tunnel protections to safeguard aircraft at Lhasa airbase and underground pens to keep nuclear ballistic missile submarines in the Hainan Islands of the South China Sea. Learning from the Chinese, the Indian army has used the same tactics to deal with China in ongoing tension.

The situation is getting livid, and India has no intention to come down this winter but this shivering winter is going to get chilly for the Chinese, as they do not heed to the call that an ‘Indian Winter is Coming’.

In a signal to China, India takes a deep dive into the Indian Ocean