‘Banning Modi was not right,’ After appointing a pro-India Secretary of state, Biden has appointed a pro-Modi NSA 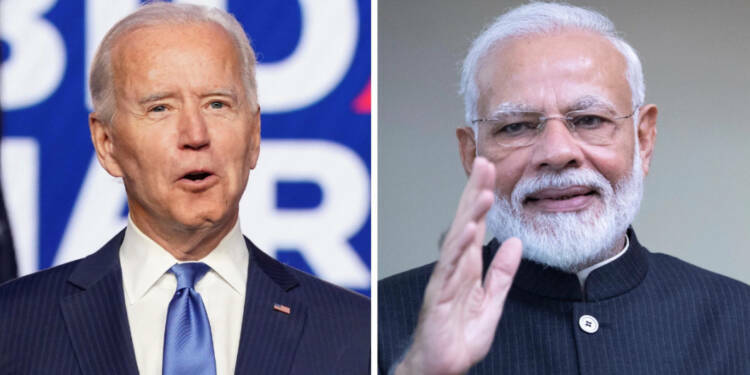 Joe Biden, who has been declared President-elect of the United States in the aftermath of a controversial Presidential Poll marred with allegations of voter fraud, on Monday declared some key cabinet nominees, including his picks for the Secretary of State and the National Security Adviser (NSA). The announcement of several top cabinet position holders which will be part of a supposed Biden administration comes even as President Trump in a first is said to have given the go-ahead to a key GSA official to initiate all transitional modalities up to inauguration day, which is on January 20 next year.

Joe Biden’s choice for the Secretary of State has already impressed many, particularly in India. In addition to Antony Blinken being declared the next Secretary of State, Joe Biden announced Jake Sullivan as his nominee to the post of USA’s National Security Adviser (NSA). If the transition to a Biden presidency does indeed take place, Sullivan will be one of the youngest people in the decade to serve as America’s NSA. Sullivan served as Biden’s NSA during the Obama administration and also as the Deputy Chief of Staff to then-Secretary of State Hillary Clinton.

Read more: Antony Blinken is a pro-India democrat, and he is all set to be the next secretary of state for the United States

As a matter of fact, Jake Sullivan reposes just as much trust and hope in Indo-US friendship as Antony Blinken. Despite being a Democrat, and as a consequence a Left-leaning liberal, Antony Blinken in February 2019 had said that the US government’s decision to deny entry to then Chief Minister of Gujarat, Narendra Modi was ‘untenable’ and one with which he did not personally agree. Of course, due to his political compulsions, such a statement by Sullivan came with the added caveat of Narendra Modi having ‘overseen’ horrific acts in his home state as the Chief Minister.

“Therefore, in my view, the way the United States should talk about these issues is to say not that we perfectly live up to our values in every circumstance but that we always work to take them into account in our decision-making, in a sincere and real way, and that alone, in my view, for great power, is impressive enough. As long as we are sincere and real in doing that and actually having the hard conversations internally,” Sullivan had told the New Yorker in 2019.

It must be remembered that India’s Prime Minister Narendra Modi was banned from entering the United States on absolutely fallacious charges of him having played a role in the 2002 Gujarat riots. The same Narendra Modi had then become the only fifth Indian Prime Minister to address a joint session of the US Congress. Back home, he has been acquitted of all fake charges in the 2002 riots case by the Supreme Court of the country itself, citing no evidence to suggest his involvement in the riots which were witnessed in the state after Islamists burnt a rail coach full of Hindu devotees in Godhra.

By appointing an NSA who could call out the insanity of the decision to ban Narendra Modi from entering the US, while also declaring a pro-India Secretary of State like Antony Blinken, Joe Biden is extending an olive branch for the world’s largest democracy, suggestive of the fact that the intensity of ties which were witnessed between the United States and India under President Trump will continue to prosper with renewed vigour even under a Biden administration.

Trudeau and Ardern: The two insiders who are openly compromising the Five Eyes group at the behest of China

As the Vatican gets exposed for China love, Pope Francis gets into damage control mode. But it’s too late