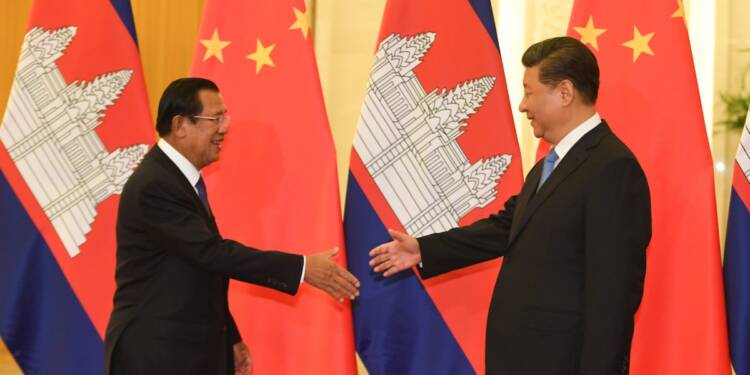 The latest developments in Cambodia emboldened the developing narrative that the country is turning into an extension of China. Or in other words, it is yielding its sovereignty to Xi Jinping in Beijing. Metallurgical Corporation of China (MCC), a Chinese state-owned company, has won the 2.67 billion Yuan ($405 million) contract to design and construct the airfield for the new airport at Phnom Penh. Its overall $1.5 billion price tag is being bankrolled almost entirely by Beijing.

While it is a big win for the Chinese state-owned firm MCC, it is a big setback for France in ASEAN and the larger Indo-Pacific. This is because, before this project, Cambodia’s aviation sector has been under the influence of France. The company – Cambodia Airports, which is owned around 70% by France’s Vinci, and the remaining 30% by Malaysian-Cambodian joint venture Muhibbah Masteron Cambodia. It will, in the long run, wrest control of the whole aviation industry towards China, and by ceding one industry at a time, Combodia will prove the former top Singaporean diplomat Bilahari Kausikan’s hypothesis. And it will turn itself into a Chinese colony as well as the Achille’s heel for ASEAN.

Read more: ‘Dump them to save the rest,’ Cambodia and Laos could be dumped by ASEAN over their China love.

This is a huge setback for France, as it further reduces its capacity to play a role in the Indo-Pacific and hampers its economic interests too. This is not the only airport where China is replacing French dominance, as part of the Cambodian government’s strategy to boost tourism; it is building another China-funded airport in the Siem Reap Province. Being home to the country’s famous Angkorian temples, it is the tourist magnet of the country.

The project is being undertaken by Yunnan Investment Group, the investment arm of the provincial government of Yunnan, under a build-operate-transfer scheme, which will see it revert to government ownership in 55 years. This is what the Chinese have promised, and one can imagine where this build-operate-transfer scheme will go. Costing $880 million, it is largely funded by a Chinese consortium led by the China Development Bank and the Export-Import Bank of China, with participation from three commercial banks making it a classic case of China’s BRI & Debt diplomacy combine.

The French monopoly agreement to run airports in Phnom Penh, Siem Reap, and Sihanoukville until 2040 will not be superseded, however, the operability of flights will be reduced there, and major tourism and international flights will be shifted to the China-led and China-operated projects. The French under Macron will most probably push for their Indo-Pacific strategy more enthusiastically as their interests have been hurt directly.

The Chinese actions are only going to increase in Cambodia, as the pro-China government there, has been emboldened by the prospect of Biden becoming the President of the United States. This is visible by the Cambodian government destroying a second US military establishment while being uncharacteristically unfazed by the prospect of any US sanction, as Joe Biden’s prospects solidify.

Read more: Brazil, Cambodia, Taiwan and Philippines – 4 unsettling developments after the US elections.

This is both an economic and a strategic game that China is playing. While making sure to solidify its control of the Mekong countries in South East Asia, it is trying to increase its exports to these countries, while at the same time securing natural resources from them. On the other hand, it is also making sure that the ASEAN remains divided, thus, making way for Beijing’s unquestioned supremacy in the South China Sea and most parts of South East & East Asia.

The strategic importance of Cambodia is immense, as it provides a chock-point for the Chinese PLA Navy and Air Force to hamper any efforts from the ASEAN countries as well as by the quad. Thus, it is important for China to have an absolute hold on Cambodia, and how things are panning out, it looks like Cambodia’s ruling elite is happy to be enslaved by China.

However, non-Han people are never treated well by the Chinese and it is imperative for the quad as well as ASEAN countries to make all the efforts to counter the Chinese sustained dominance in Cambodia and thus at the strategic Chokepoint south of Cambodia.

As the Chinese are able to wrest the control of Cambodian Airports from French, the Aviation and shipping industries of Cambodia are now wholly controlled by China, making Cambodia an extension of Chinese imperial and neo-colonial designs. What will be interesting to see is, how the democratic countries will react to these developments in the long run, and till then Cambodia will be compromised and will side with China entirely.