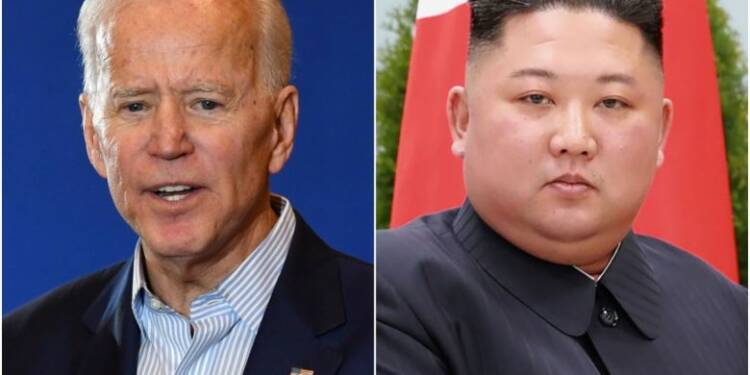 While the political parties in India prepare for the upcoming West Bengal assembly elections after going through three phases of polling in Bihar and the subsequent results, coronation, and removal of ministers—the world’s oldest democracy, the United States of America is still busy in counting the votes of the Presidential elections. Current Prez Donald Trump is still knocking at the doors of the judiciary to plan a route for his comeback whilst the transition team of Joe Biden begins to take the charge. Amidst the entire hullabaloo, the future of the rogue state of North Korea is being aggressively discussed amongst the analysts. Will Biden-regime undo all the good work done by the Trump administration and resort to the tried, tested, and failed ‘Strategic Patience’ virtue or carry forward the legacy of Trump’s unorthodox yet effective foreign policy?

In the past, whenever a US President has assumed the office, whether it be Trump or Barack Obama, North Korea has welcomed them all by conducting nuclear tests as a way to send a message that it is still relevant in the geopolitical landscape and that the USA and its overambitious new Prez cannot roll over and push it around.

However, under President Donald Trump, America took a volta face when it comes to dealing with North Korea. Usually, America and especially Barack Obama in his two tenures used “strategic patience” as the key virtue to deal with Kim Jong Un and his dictatorial country. Under Strategic patience, America applied some pressure on North Korea, however with no real negotiations and no intentional escalation, this strategy more often than not backfired.

Biden’s camp has signalled a retraction to the old days of Obama’s tenure by calling for more room for negotiations. In a policy paper published by the Biden campaign, the Democrat leader has himself remarked that he wants to “jump-start” a campaign with US allies and others for denuclearization. However, at the second presidential debate in October, Biden had even called Kim a “thug” and called out Trump for forging a friendship with Kim Jong Un.

“He’s talked about his good buddy, who’s a thug.” the Democrat had said whilst adding, “That’s like saying we had a good relationship with Hitler before he invaded Europe.”

What Biden needs to understand is that Trump did not become the best of working colleagues with  Kim Jong-Un overnight. He did trade insults with the North Korean leader, but the US President also scripted history by sending multiple letters and meeting Kim Jong-un three times. The ‘Good cop, bad cop’ routine by Trump matched the frequency of Kim and as a result, the two leaders managed to sit across the table.

Donald Trump is the first sitting US President to have met a North Korean leader. Biden, on the other hand, declared during his campaign trail that he would not meet Kim Jong-un without preconditions and even accused Trump of emboldening the North Korean leader.

Biden and democrats might have dismissed Trump’s meetings with Kim as  “photo ops”, but at least South Korea, the biggest stakeholder in the denuclearisation of North Korea, seems to think that Trump’s Korea policy was working.

South Korean President Moon Jae-in has said that South Korea will seek to advance Donald Trump’s legacy regarding the denuclearisation of North Korea.“I will do my utmost to make sure the precious achievements made together under the Trump administration be well succeeded and further developed by the next government.”Moon had said.

Read more: South Korea’s warnings are clear: Biden’s North Korea policy can easily turn into a disaster if Trump’s legacy is not followed

Joe Biden’s projected Secretary of State Anthony Blinken who had worked in higher capacities with the Obama government is looking to throw away Trump’s achievements in the dustbin. Blinken did not favour the sort of top-down approach Trump used to hold three meetings with North Korean leader Kim Jong-un, and has made statements that seem to indicate he wants to put more pressure on North Korea to drive them towards denuclearization—a big mistake we should have learned already that does not work.

“We have to work closely with allies like South Korea and Japan and press China to build genuine economic pressure to squeeze North Korea to get it to the negotiating table. We need to cut off its various avenues and access to resources – something we were doing very vigorously at the end of the Obama-Biden administration. That takes a lot of time, a lot of preparation, a lot of hard work. But again, it can pay off.” Blinken had said in one of the interviews.

The real danger the world faces right now is how far Blinken advises Biden to move away from Trump’s North Korea policy. The world would be a much safer place if Biden and Blinken build on what has been achieved, and not tear it down.

The US cannot force a rogue state like North Korea to throw away its biggest deterrent overnight just because the duo of Biden and Blinken want to carve a separate identity for themselves, independent to that of Trump. This egotistical attitude could spell doom for the Korean peninsula and if Joe Biden doesn’t get his act right then the world order will be in for another bout of stifling US-North Korea tensions.