With BREXIT around the corner, the independence of Scotland cannot be ruled out 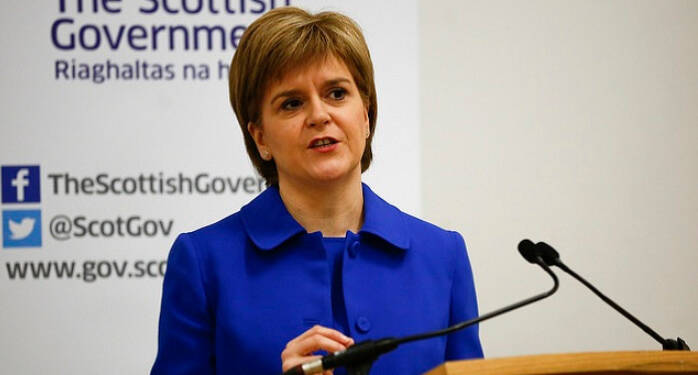 The issue of the United Kingdom exiting from the European Union is a work in progress, but the question in everyone’s mind is, whether Brexit will be the death knell of the Union which has lasted for centuries or will after Brexit too, the country would stand united, under the banner of United Kingdom.

The last elections were a telltale sign of what is going on up in Scotland. The spectacular victory of pro-independence and pro-referendum Scottish National Party (SNP) in these elections has boosted its chances for the victory in the elections at Scotland’s parliament, scheduled next May.

The election of the conservative government in England has only increased the divide. This is because the conservation sweep throughout the country meant growing support for leaving the European Union. However, for the Scotts, it looked more beneficial to be a part of the European Union instead of being a part of the United Kingdom. As this sentiment has been a constant and even growing recently, which is why any statements articulating segregation and division will only catalyse the process.

On Nov 16, Prime Minister Boris Johnson reportedly told a group of Tory MPs that the transfer of partial legislative powers to Scotland from London in 1999 had been a “disaster north of the border.” Remarks like these only strengthen the resolve of the Scotts to believe that what they thought was correct and independence is the only route. Two decades have passed since its creation and the Scottish Parliament remains hugely popular with Scottish voters. And any attempt for the centralisation is looked down upon as well as any opposition to devolution is a fringe pursuit.

These kinds of statements and subsequent actions will only strengthen the cause for the SNP and will make them the pre-eminent political power in Scotland. The conservative leadership pushing the agenda of BREXIT and the cause of England, notwithstanding the concerns of Scotts, means they will detach further away from the UK. One survey, conducted by JL Partners and cited by POLITICO Europe, concluded in September. “The single biggest threat to the future of the United Kingdom is the prime minister, every time he opens his mouth,” the Labour leader, Sir Keir Starmer, told Johnson over the House of Commons dispatch box earlier this month.

Read more: UK’s big Confusion – Ignoring will “shatter” them, granting will “weaken” them.

SNP chief Nicola Sturgeon, who is leading Scotland, has had a good public opinion regarding her dealing of the COVID-19, whereas the depleting confidence of Brits in the current government means that going ahead, the SNP leader will hold unchallenged sway in her region and the calls for independence from Scotland will get louder.

However, there are voices of concern within Scotland who think it is not a good idea to move out of the United Kingdom as it will be a financial disaster. For their relationship with England and the whole of the UK has historical precedence and any financial problem is burdened by England, moving out would mean that they will have to be dependent on EU without such precedence. But, the situation is worsening enough to make it less costly to leave UK than to part with the EU.

With the Boris Johnson government going ahead with a no-deal Brexit, the possibility of Scotland will try its hardest to move out of the centuries-old union to embrace EU.

Moldova has chosen a pro-EU leader, but that does not mean it will sit in EU’s lap