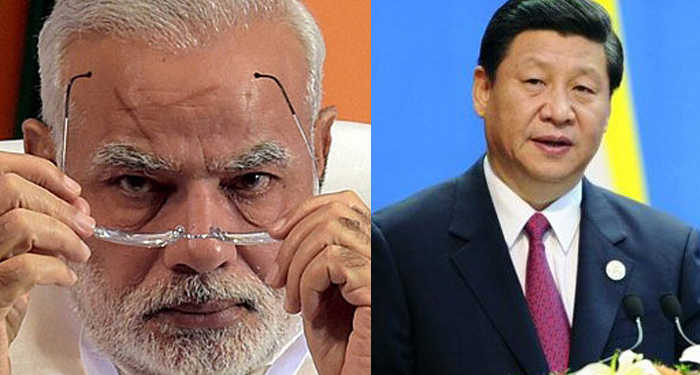 India has yet again reiterated its stand on Monday during the session of Shanghai Cooperation Organisation, while a joint statement regarding China’s mega connectivity project, OBOR was being tabled and thus, refused to support the One Belt One Road Initiative. India, opposing other member countries, gave a clear message that this project of China is an obvious debt trap that lays a foundation in which small countries get trapped. Thus, New Delhi has always opposed BRI, in addition to this, a smaller project that is part of BRI that is, CPEC passes through Pakistan occupied Kashmir (PoK) violating Indian sovereignty.

India was the only country in this eight-member organization that refused to extend its support to the BRI project. Reportedly BRI or “One Belt, One Road” Initiative is President Xi Jinping’s dream project and one of its major projects for connectivity which Kazakhstan, Kyrgyz, Pakistan, Russia, Tajikistan and Uzbekistan endorsed. During the SCO Summit, a joint communique issued at the end of the council meeting stated that, “Republic of Kazakhstan, Kyrgyz Republic, Islamic Republic of Pakistan, Russian Federation, Republic of Tajikistan and Republic of Uzbekistan confirm their support for China’s One Belt One Road (OBOR) initiative“. India refused to support OBOR even during the last SCO meeting. India maintained that CPEC or China Pakistan Economic Corridor, passes through PoK i.e. Pakistan Occupied Kashmir. New Delhi has repeatedly protested against China’s digression from the previously established operational procedures. Not only this, New Delhi, on various forums, has also highlighted

Connectivity projects that have been called “openness, transparency and financial responsibility”, in principle but are polar opposite of what they claim. ”OBOR has trapped many countries in debt trap and as part of the Debt Diplomacy China makes sure that the participating countries are caught in its clutches and thus, become permanent dependencies.

In this meeting, by boycotting the joint commune, India has warned the possibility of Chinese designs via the BRI and China’s Debt Diplomacy in Central Asia. India by its action and consistent messaging has given a clear message to the countries that BRI is not good for them. This is China’s expansionist policy and it does not care for the territorial sovereignty of other countries. Along with this, India also tried to signal to those countries that better options other than BRI like INSTC are present. And those who want to save themselves can save themselves from the clutches of China without losing out on economic development.

Read more: With Russia onboard, India is all set to cut across China’s BRI projects in Central Asia

India along with Russia and other countries has been working on INSTC, International North-South Transport Corridor (INSTC) and its implementation will shatter all Chinese designs to dominate the energy rich Central Asia. The initiative has already started and as part of INSTC all BRI participants are falling in their basket, such as Azerbaijan, Armenia, Central Asian Republics, Iran and even three Baltic countries – Latvia, Lithuania and Estonia can also be in their court. It is also the fact that India openly invited Uzbekistan to INSTC. It started when India-Russia-Iran signed a treaty in these lines in 2002 and the International North South Transport Corridor (INSTC) is reviving the treaty. INSTC, a unique 7,200 km long trade network from the Indian Ocean to the European continent passing through Russia and Central Asia. On the other hand, America has also been working on ways to counter BRI. Along with Taiwan it is negotiating to create a more affordable infrastructure development model and this model will launch its projects in South America as well as Asia. That is, now the US has also drawn up a plan to challenge BRI and along with India, it instead of populating same regions has decided to work in tandem with India to focus on different geographies to contain China as fast as possible.

Read more: Taiwan and US have come up with a BRI alternative and it is set to dethrone Xi Jinping’s flagship dream

Now the countries of Central Asia have to decide whether they want to be trapped in China’s debt trap diplomacy and lose their sovereignty in the process or strive development with a reliable partner like India and walk the road to a better future together with a democracy like India.