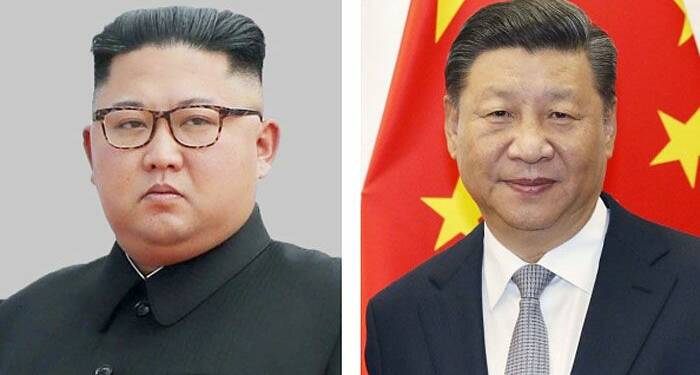 Nearly a month after the US Presidential elections, a tussle is ongoing between Joe Biden and Donald Trump, as to who will sit in the oval office of the White House. With Trump not making expected headways in the judicial process, the communist country of China, after waiting for a long time congratulated Joe Biden as the President, last Wednesday. And within a week, it seems as if the rogue state of North Korea has switched camps and went back to its original BFF China. After all, Joe Biden’s foreign policy stance threatens to undo all the good work done by Donald Trump between the US and North Korea.

According to a Hindustan Times report, China has provided North Korean leader Kim Jong Un and his family with an experimental coronavirus vaccine, a US analyst said on Tuesday, citing two unidentified Japanese intelligence sources.

“Kim Jong Un and multiple other high-ranking officials within the Kim family and leadership network have been vaccinated for coronavirus within the last two to three weeks thanks to a vaccine candidate supplied by the Chinese government,” Harry Kazianis, a North Korea expert at the Center for the National Interest think tank wrote in an article for online outlet 19FortyFive.

North Korea has not confirmed any coronavirus infections, but South Korea’s National Intelligence Service (NIS) has said an outbreak there cannot be ruled out as the country had trade and people-to-people exchanges with China – the source of the pandemic – before shutting the border in late January.

Kim Jong Un accepting the vaccine from Xi Jinping should be seen as a message that North Korea is turning to China which inadvertently is a warning sign for the entire planet, for two rogues, nuclear-armed countries would be colluding amongst themselves to create unrest and chaos amongst the new world order.

According to Alex Wong, US State Department Deputy Assistant Secretary for North Korea—Beijing and Pyongyang are increasing the trade ties amongst themselves despite the UN sanctions levied on the latter with the former supporting the sanctions on a global level. Further suggesting that the US elections debacle has pushed North Korea towards Beijing.

Biden’s camp has signalled a retraction to the old days of the ‘Strategic Patience’ mechanism when it comes to dealing with North Korea and thus Kim Jong Un has been forced to go back in China’s fold.

Read more: Biden’s victory is going to embolden North Korea once again and Kim is going to dominate Biden

In a policy paper published by the Biden campaign, the Democrat leader has himself remarked that he wants to “jump-start” a campaign with US allies and others for denuclearization. However, at the second presidential debate in October, Biden had even called Kim a “thug” and called out Trump for forging a friendship with Kim Jong Un. “He’s talked about his good buddy, who’s a thug.” the Democrat had said whilst adding, “That’s like saying we had a good relationship with Hitler before he invaded Europe.”

Biden and democrats might have dismissed Trump’s meetings with Kim as  “photo ops”, but at least South Korea, the biggest stakeholder in the denuclearisation of North Korea, seems to think that Trump’s Korea policy was working. South Korean President Moon Jae-in has said that South Korea will seek to advance Donald Trump’s legacy regarding the denuclearisation of North Korea.“I will do my utmost to make sure the precious achievements made together under the Trump administration be well succeeded and further developed by the next government.”Moon had said.

Joe Biden’s projected Secretary of State Anthony Blinken who had worked in higher capacities with the Obama government is looking to throw away Trump’s achievements in the dustbin. Blinken did not favour the sort of top-down approach Trump used to hold three meetings with North Korean leader Kim Jong-un, and has made statements that seem to indicate he wants to put more pressure on North Korea to drive them towards denuclearization—a big mistake we should have learned already that does not work.

With Biden refusing to sit across the table and already threatening to put more heavy sanctions, North Korea is increasingly moving away from Washington. Kim Jong Un and Xi Jinping are back to being thick as thieves and it isn’t great news for the world, come 2021.