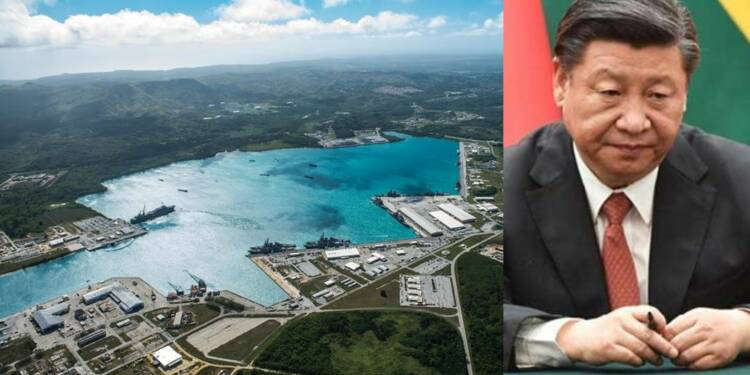 As the US-China rivalry gradually takes shape of a Great Power competition in the Indo-Pacific, the United States of America seems to be unapologetically showing its military muscle in the Pacific Islands.

The Pacific Islands region, stretching from Easter Island in the East to Hawaii in the North to New Caledonia and Palau in the West to Tonga in the South, is a vast maritime zone falling directly between the US and China. As such, Pacific Islands would become extremely crucial in case of military skirmishes between the free world and China. The US is now creating huge geostrategic leverage over China by militarising small islands scattered across this region.

In fact, the US has made several strategic manoeuvres in the Pacific Islands in recent months, even as the US-China tensions have escalated dramatically. As per the latest report, the US military is looking to develop a divert airfield on the Northern Marianas island of Tinian.

The divert airfield on Tinian will serve as a substitute to US Air Force’s heavy-duty Anderson base in Guam if the latter becomes inaccessible. Tinian is just 196 km away from Guam, and therefore the new project would make a lot of sense in the eventuality of an enemy attack on the US military instalments in Guam.

And then, this is just the tip of the iceberg. The US has a number of other plans to bolster its military firepower in the Pacific Islands region. Take, for instance, Malaita, the most populous island in the Solomon Islands. While the Solomon Islands has severed its ties with longtime ally Taiwan and established diplomatic ties with China instead, Malaita has shown willingness to remain close to Taiwan and rest of the free world.

In fact, Malaita has also been discussing plans with Washington and its allies for the development of a deep-sea port, to counterbalance Beijing’s development plans for Solomons’ largest island of Guadalcanal. The US can build military presence in Malaita, if and when the paper Dragon tries to make any bold manoeuvres in the Solomon Islands.

The US policy is to militarise the Pacific Islands region located adjacent to the First Island Chain which extends from Japan to Indonesia and surrounds China. For example, the US is also building a heavy military presence in Wake Island located only 1,500 miles away from Guam.

Also, Australia and the US are also jointly developing the Lombrum Naval Base in Papua New Guinea. When developed, the Lombrum naval base will be only the second American military base, after Guam, to be located just outside the ‘first island chain’. Moreover, unlike Guam, Lombrum will be outside the PLA’s strike capabilities and therefore become a threat to China beyond its reach.

As a part of its mobilisation in the Pacific Islands region, the US has also warmed up to Palau, a strategically-located nation which figures as nothing more than a dot on the world map in a particular corner of the Pacific Ocean. However, Palau has shown the will of standing up to Chinese aggression and giving diplomatic support to its friend- Taiwan.

Recently, Palau also invited former US Defence Secretary Mark Esper to build a military base at Palau. Palau’s invitation is a major victory for Washington. The island nation located very close to the South China Sea, only 1,500 km from the Philippines to be precise. The US already has a lot of presence in the Pacific Islands, but a military base just outside the South China Sea will make the US Navy a lot more powerful in the hotly-contested zone.

As the US-China rivalry takes the shape of a full-fledged Cold War, Washington is pushing for the full militarisation of the Pacific Islands region. Before the paper Dragon would know, the US Air Force and the US Navy would be dominating the highly strategic region, much to Beijing’s chagrin.