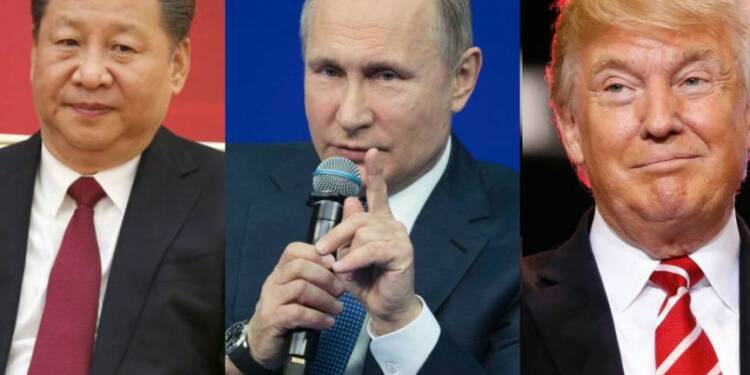 The United States has been surprising all the regional behemoths and players alike. The country as a world power has been the fastest in manoeuvring strategically, and the latest example comes from the Trump Administration’s decision to pull out of Somalia as per the Department of Defense. This shall leave a void for a great power struggle between Russia and China in the horn of Africa.

The statement released by the Department of Defense reads, “Despite many years of sustained Somali, U.S., and international counterterrorism pressure, the terrorist threat in East Africa is not degraded: al-Shabaab retains freedom of movement in many parts of southern Somalia and has demonstrated an ability and intent to attack outside of the country, including targeting U.S. interests.”

The readout added that the remaining forces will be transported and re-deployed in the neighbourhood countries to support the operations undertaken with allies to maintain pressure on violent extremist organisations operating in and emanating out of Somalia. This will for sure create a void in the power structure at a strategic location of Horn of Africa. And power void being such a rare occurrence, Russia and China are all up for grabbing the space.

Among the two, Russia has been increasing its influence in Africa through its military presence in the resource-rich and conflict-ridden regions of the African Continent. Russian militias or Private Military Contractors (PMCs) are engaged in different parts of the African Continent. Russia has also been building military bases in Africa, apart from finalising military cooperation agreements with countries such as Sudan. All such developments have led to a palpable rise in Russian influence within Africa at China’s expense.

As the Chinese influence is getting a bad name in the region, Russia might just capitalise on this development. While Russia has been developing its partnership with different factions in Somalia, China has also scrambled its Foreign Ministry to snatch the African horn. And now China is set to use Iranian influence in the region to regain the influence as well as property.

Everyone already knows, how China will buy out Iran for a whopping $400 billion, which will also allow it to build military bases and place its armed forces in the country at will. With the latest espionage angle of the secret deal getting leaked, however, China has been exposed as a country which is buying Iran to essentially carry out espionage not just within, but also, entire West Asia, as well as use it to further its designs in Africa.

Read more: Iran has made a huge mistake – China all set to turn it into a China-controlled Surveillance state.

What is most interesting is that China is going to use Iran as a tool to counter the involvement of Russia in the region. This is interesting on two counts, one that China is going to compete with what it calls a strategic partner and two, this will be a very high strategically important move for Russia as, if it succeeds, Moscow will gain two warm water ports in such a small span.

The importance of Somalia as the Horn of Africa and a strategic node of East-west trade, approximately all trade from west via Indian Ocean enters through, Suez Canal. The void which the US exit will create is very large and it will bring the true nature of China out as it will act against its so-called friend Russia.