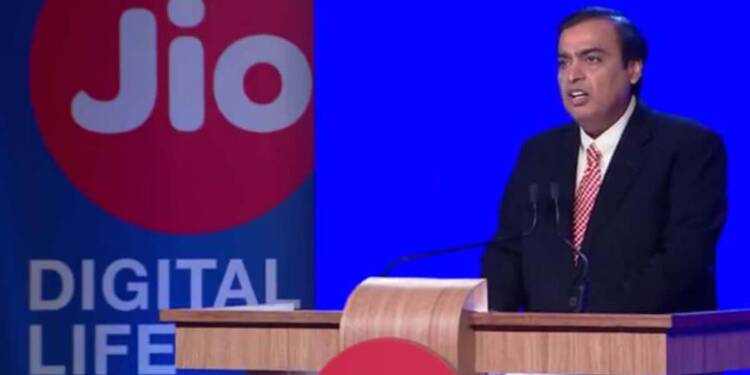 India’s richest man Mukesh Ambani has embarked on a mission to provide the country with an indigenous 5G homegrown network that can compete with foreign telcos and most importantly keep at bay, Huawei and its deadly tentacles from protruding into the Indian telecom sector. During his keynote address at India Mobile Congress 2020 on Tuesday, the Chairman and Managing Director of Reliance Industries remarked that Jio 5G service will roll out in India in the second half of 2021.

“I assure you that Jio will pioneer the 5G revolution in India in the second half of 2021. It will be powered by the indigenous-developed network, hardware and technology components,” said Mukesh Ambani.

The Indian billionaire noted that the 5G service offered by Jio would be a “testimony” to the government’s ‘Atmanirbhar Bharat’ (self-reliant India) policy. Apart from rolling out 5G in the country, Jio is in development of an affordable Android phone in collaboration with Google that is likely to debut in the coming months.

Reported previously by TFI, Mukesh Ambani during the 43rd AGM in July had announced that Jio has developed homegrown 5G solution from scratch which will be ready for field deployment by next year. And four months later, Mr. Ambani has given the tentative time frame for the rollout of the services.

“Jio has designed and developed a complete 5G solution from scratch. It will be ready for trials as soon as 5G spectrum is available and can be ready for field deployment next year,” Ambani had said during the first-ever virtual AGM of RIL.

Stopping Huawei’s incursions into next-generation 5G networks has now become a priority for President Donald Trump and he has personally appealed to Prime Minister Narendra Modi and other world leaders to ban the company that the US has linked to Beijing’s intelligence-gathering capability.

Indian telcos have so far been at a pole’s distance from Huawei and Reliance Industries Mukesh Ambani had even told President Donald Trump during his February visit to India that Jio was the only network in the world to not have a single Chinese component. In a tweet, Mike Pompeo had mentioned that Jio—one of the leading telecom companies in the world had become a clean telco by rejecting doing business with tools of the CCP surveillance state, like Huawei.

The tide is turning toward trusted 5G vendors and away from Huawei. The world’s leading telecom companies—Telefonica, Orange, Jio, Telstra, and many more—are becoming “Clean Telcos.” They are rejecting doing business with tools of the CCP surveillance state, like Huawei.

On Sunday Pompeo had announced that Brazil, Ecuador, and the Dominican Republic were the new members of the Clean Network campaign which takes the total number of countries that are part of the initiative to 53– representing 2/3 of the world’s GDP.

Three more countries are now members of the Clean Network: Brazil, Ecuador, and the Dominican Republic. 53 Clean Countries, 180 Clean Telcos, and dozens of leading companies—representing 2/3 of the world’s GDP—have already joined the tide toward trusted 5G. Many more on the way.

Ever since its launch, Jio has been at the forefront of the telecom revolution in India. Jio has emerged as a disruptor in the telecom sector and thanks to the company, India has the cheapest mobile data in the world. On one hand where the world is rejecting and sidelining Huawei in the UK, France, and the US due to security concerns – India is all set to have its own 5G network.