China has no food and no money. Now, Myanmar is exposing China’s desperation for rice 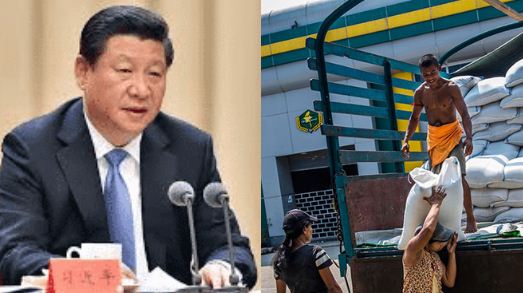 China’s food crisis is turning out to be much more severe than what we were imagining. And now, even Myanmar is exposing China’s vulnerability when it comes to the Communist nation’s most important staple food- rice.

As per The Irrawaddy, a popular news website founded by Burmese exiles living in Thailand, some rice traders in Myanmar are looking to seek help from the Ministry of Commerce and Chinese officials regarding a Chinese trader identified as Luo Jianfang. According to the rice wholesale centre in Muse, Myanmar’s largest trading hub on the China border, Luo disappeared without paying for over 2.6 billion kyats, that is, nearly US$2 million worth of rice purchased from Burmese traders.

Interestingly, Luo also bears an indirect connection with the Chinese state showing just how acute China’s food shortage crisis could be. As per U Min Thein, Vice Chairman of the Muse Rice Wholesale Center, Luo represents Zhongshang Affiliates (Zhong Shang Lian Hang). Thein said, “Luo signed all the agreements with Myanmar traders as a representative of the company. The traders trusted Luo, as they also have strong records of [doing business with] the company.”

The Irrawaddy claims to have learnt that the concerned Chinese trader owns 20 per cent share in the company, the official name of which is Yunnan Pilot Free Trade Zone China Commercial Food Trading Company Ltd. (CCFC).

Another entity called the Yunnan Pilot Free Trade Zone Zhongshang Shiye (China Industries) Company Ltd. also owns a 51 per cent stake. This entity is, in turn, is controlled by China Southwest Enterprise Company Management Co. (Chongqing) that owns 70 per cent of the shares, and is owned by China’s Commercial Network Construction and Development Center (CCNCC).

CCNCC is no ordinary company. It comes directly under China’s state-owned Assets Supervision and Administration Commission of the State Council (SASAC). SASAC supervises and manages state-owned assets of firms under the supervision of the central government.

As per The Irrawaddy, no traders on either side of the Sino-Myanmar border have had any contact with Luo since December 2. The high stakes involved here have fuelled anxiety within Burmese traders. U Min Thein said a team at the wholesale centre is now collecting data about the number of Burmese traders affected and the quantum of loss that they have suffered.

Myanmar has caught China on the wrong foot here. And it is unlikely that the Burmese traders would let the paper dragon escape without embarrassment. Thein said, “We will ask the Ministry of Commerce to mediate the issue. We will also contact the Chinese Embassy in Myanmar if needed.”

At the end of the day, it seems that China neither has food, nor money to feed its citizens. The horrifying food crisis in China is quite an embarrassment for the government of the second-largest economy in the world and Myanmar is all set to expose China’s desperation for rice.