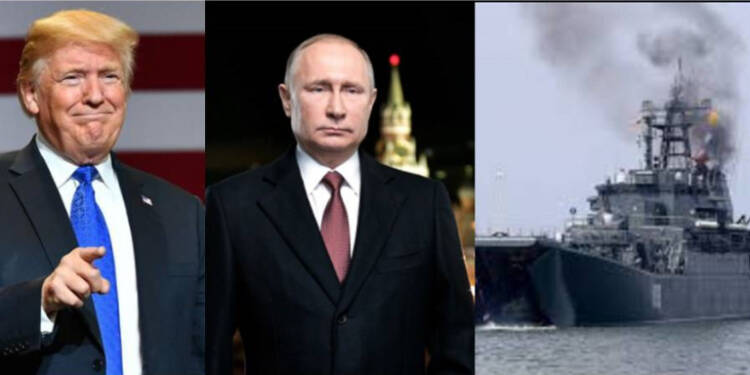 The growing aggressive posturing of China has achieved what many would have thought impossible, that is, forcing NATO and the USA to invite Russia for military exercise after a decade of hiatus. As per reports, the Russian Navy will participate in joint exercise ‘The Aman-2021’ side-by-side with the NATO members. At a time when China is being contained by much of the world and is undergoing induced isolationism, this exercise of NATO countries with other countries including Russia means that Moscow will no longer be the enemy number one in the coming times. This confidence-building measure can be a node for much other collaboration to come.

The state-run RIA Novosti news agency reported this news, citing the Black Sea Fleet. The Aman-2021 multinational exercise will be conducted in February off the coast of Karachi, Pakistan. Russia will participate along with Pakistan, the United States, Britain, China, Japan, Turkey, the Philippines, Malaysia, Sri Lanka as well as Indonesia. The significance of this joint military exercise is so high because the last time the Russian Navy operated together with NATO ships was in 2011 off the coast of Spain as part of the Bold Monarch exercise. And since then any progress that was made has been lost substantially.

However, in the face of the greater danger of an expansionist China, the world has to decide to leave their animosities behind to take on the larger issue at hand. Thus, the West is trying to create a situation where Russia and NATO can build confidence and decrease the animosity so that they do not fall in the Thucydides trap.

Russia too has many existing issues with China, be it China’s attempts to steal Russian military technology, dilute Russian Vaccine diplomacy or the Chinese attempts to take over the Russian Far East. Moscow is insecure about Beijing’s attempts to grow its influence in Russia’s scarcely populated yet resource-rich the Far East. Vladivostok is itself a matter of Sino-Russian tensions, as Chinese wolf-warriors have in the recent past staked claim upon the Russian Far East Capital.

Read more: ‘Stay away from the Russian Far East,’ Putin sends a tough message to China through Russia’s state-run media.

The Russians too are keen to ease up their escalations with the West and the European Union, as it has to take care of Turkey in the south and China, which keeps up the facade of friendship while strategizing against Russia. With Russia ready and the West having a bigger problem to deal with, that is, China, a perfect situation of reaching an understanding seems possible. But, this must come as another blow to the Chinese, who are still not able to understand how they should deal with the French and other countries coming together to counter their imperialist designs.

Read more: Macron’s threats work as Jinping goes out of his way to appease France

The French have decided to come into the Chinese backwaters and declared that they will participate in a trilateral military exercise with the USA and Japan next May. The envoy to China of EU has said that the US and EU should come together to create a common strategy to deal with China. Russia would be best suited if it plays a friend of India, who the West needs to counter China and stays neutral going ahead.

The US and the NATO are waking up to the fact that for the China which they used to keep at bay for decades, an imaginary threat from the post-Soviet Russians is the one posing more threat to them than Moscow itself. This bitter surprise has made the USA and the NATO to mend their ways with Russia, thus the invite for a military exercise doesn’t come as a surprise. Given these confidence-building exercises and possibly more to follow, China will find itself more and more isolated as now Russia will not be the priority for the Western world. It will have no option but to either mend its ways or go the North Korea way.