‘Trump had their back and now they will have his,’ President Trump’s efforts for the Jewish community will pay off 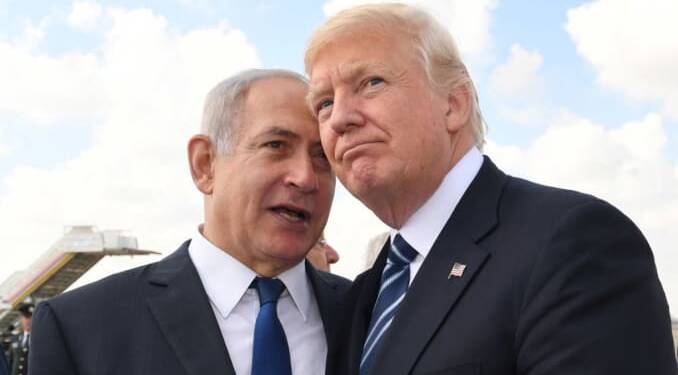 Trump’s Arab gifts just keep coming for the Jewish community. First, the United Arab Emirates, followed by Sudan and Bahrain, and now Morocco, US President Trump is brokering one peace deal after the other in the Middle East even as Arab nations shed historical prejudice and establish formal ties with the Jewish State of Israel.

If Trump actually loses the US Presidential polls, then the Morocco-Israel peace deal announced on Thursday may be the last of Trump’s Arab gifts to Jews unless Riyadh also decides to establish formal ties with Israel. But Jews surely won’t forget what Trump did for them. Throughout his tenure as the US President, Trump stood up for the Jewish cause and now the Jews, who are mighty influential within the US, are going to support Donald Trump’s future ambitions.

Israel’s Prime Minister Benjamin Netanyahu- the most influential Jew alive has himself thanked Trump for his generosity. After the Morocco peace deal was announced, Netanyahu said, “I want to first thank President Trump for his extraordinary efforts to expand peace, to bring peace to Israel and the people of the Middle East. President Trump, the people of Israel and the State of Israel will be forever indebted to you for your magnificent efforts on our behalf.”

This is a massive endorsement coming from Israel’s Prime Minister himself. Even in the past, Netanyahu hasn’t shied away from showing benevolence towards Trump. Last month, Netanyahu had congratulated Biden and Kamala Harris for their purported victory.

Israel’s PM had tweeted, “Congratulations @JoeBiden and @KamalaHarris. Joe, we’ve had a long & warm personal relationship for nearly 40 years, and I know you as a great friend of Israel. I look forward to working with both of you to further strengthen the special alliance between the U.S. and Israel.”

However, 14 minutes later, he had again tweeted, “Thank you @realDonaldTrump for the friendship you have shown the state of Israel and me personally, for recognizing Jerusalem and the Golan, for standing up to Iran, for the historic peace accords and for bringing the American-Israeli alliance to unprecedented heights.”

In fact, Netanyahu’s Twitter profile banner picture remains that of Israel’s Prime Minister sitting next to President Donald Trump. In terms of diplomacy, no one endorses a foreign leader, as passionately as Netanyahu endorses Trump. Netanyahu is clearly showing that even if Trump doesn’t come at the helm of affairs in the White House for a second Presidential term, even then the Jews will continue supporting Trump.

And Jewish support does matter a lot in American politics. The Jewish community is one the wealthiest and amongst the most generous of political funders within the US. They have a considerable lobby amongst both the Democrats and Republicans, which is a part of their strategy to preserve the special US-Israel alliance.

The Jews are so influential within Washington that even Biden cannot afford to take them for granted. When the UAE and Israel decided to normalise relations and sign the first of Abraham Accords, even then Biden was forced to save face by making a backhanded compliment about Trump. He had said, “I think Trump is going to accidentally do something positive here, in terms of this issue of… other Arab states.”

Biden’s lieutenant Kamala Harris herself understands the value of gaining traction in the Jewish community. Her husband, Doug Emhoff, also happens to be a Jew. On Friday, Doug even tweeted a video, featuring himself and Harris, on the occasion of the Jewish festival of Hanukkah.

Hanukkah is one of our favorite holidays — and a reminder to spread the light at a time when we've never needed it more.

From our big, modern family to yours, happy Hanukkah! pic.twitter.com/KbkisZooCO

But Trump’s ‘Happy Hanukkah’ to Netanyahu has clearly resonated more loudly than the tweet posted by Emhoff. Jews feel more smitten by Trump’s Abraham Accords than Biden-Harris team’s symbolic gestures and remarks about Jews and Israel.

Going ahead, the Jews are going to support Trump with all their might. And Biden might have to do without the support of the Jewish community, who could, in turn, help the Republican leader mobilise strong opposition against Biden’s administration.

Washington’s Middle East policy too is largely dependent on the special alliance between the US and Israel. But even if Trump loses the US Presidential polls, he would have made sure that he overshadows Biden’s persona in Jerusalem. Netanyahu is also making it clear that Biden will have to work his Middle East policy in line with Trump’s ‘Abraham Accords’.

Till now, Trump had Jews’ back and if Biden comes to power, the Jews too will have Trump’s back.