He's not done yet! 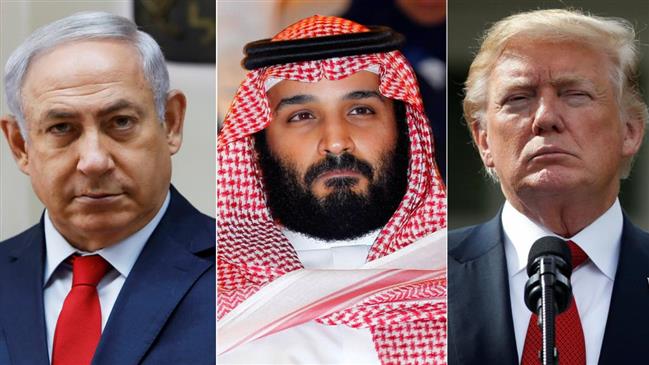 While the fate of the US Presidential polls remains unclear, President Donald Trump is continuing his crusade towards making the world a more peaceful place. And he is brokering new peace agreements in the most volatile and complex part of the world- the Middle East.

Having already brokered peace deals between Israel and Arab Muslim states like Sudan, the United Arab Emirates and Bahrain, the US could now be pushing Saudi Arabia towards signing a peace deal with Israel. Israel’s Prime Minister Benjamin Netanyahu has supposedly visited Saudi Arabia, which has paved way for speculations about Israel-Saudi Arabia friendship.

Over the recent past, the US has been successful in brokering several peace deals between Israel and several Arab Muslim states. But Saudi Arabia, the undisputed king of the Arab world, was somewhat hesitant. Riyadh had stated that there will be no normalisation in Saudi-Israel ties before Palestine peace deal.

But despite Saudi’s past objections, Israeli media reports have suggested that Netanyahu met Saudi Crown Prince Mohammed bin Salman during a secret two-hour trip to the Muslim Kingdom. An online flight tracker even recorded a private plane that was reportedly used by the Israeli PM before as flying from Tel Aviv to Neom in Saudi Arabia on Sunday evening and returning five hours later.

It was Bibi's ex-fav bizjet t7-cpx. Back to Tel Aviv after 5 hours on ground pic.twitter.com/Ty9aedYbsK

Interestingly, Mike Pompeo, the US Secretary of State, had met Salman in Saudi Arabia’s Neom on Sunday. So, if Netanyahu actually visited Neom, then he would have met both the Saudi Crown Prince and Mike Pompeo. Why should the US Secretary of State, Saudi Crown Prince and Israeli Prime Minister meet in Saudi Arabia, except for the purpose of negotiating a peace deal between Riyadh and Tel Aviv?

On Israel’s Army Radio, Education Minister Yoav Galant went on to congratulate the Israeli Prime Minister on the “remarkable achievement” but stopped short of expressly confirming that Salman and Netanyahu met. Galant said, “The very fact the meeting happened, and was outed publicly, even if half-officially right now, is a matter of great importance.”

Meanwhile, Prince Faisal bin Farhan, Saudi Arabia’s Foreign Minister tweeted, “I have seen press reports about a purported meeting between HRH – the Crown Prince and Israeli officials during the recent visit by @SecPompeo. No such meeting occurred. The only officials present were American and Saudi.”

I have seen press reports about a purported meeting between HRH the Crown Prince and Israeli officials during the recent visit by @SecPompeo. No such meeting occurred. The only officials present were American and Saudi.

Israel’s Prime Minister has however, kept us guessing. Netanyahu said, “I never commented on those issues and I will not start now. I’ll just say that I am working on broadening the circle of peace.”

Israeli media, however, continues to quote anonymous sources in its reports about Netanyahu’s purported Neom visit. Apart from the Saudi Foreign Minister’s tweet, no official source has denied that the meeting took place. Even the US Embassy in Jerusalem has not made any comment.

Anyhow, if Trump has managed to push Saudi Arabia and Israel closer, then he would have perhaps permanently killed the Palestine issue which has kept the Middle East on the edge for several decades.

Moreover, even in the possibility of Biden somehow finding his way into the White House, Trump is ensuring that he binds Biden with the ongoing Israel-Arab rapprochement. Biden has plans like going soft on Iran or ratcheting the Palestine issue all over again. But if Washington’s Arab allies come together with Israel, then the US will have no option but to keep itself aligned with a changing Middle East region.

Trudeau and Ardern: The two insiders who are openly compromising the Five Eyes group at the behest of China