Saudi Arabia is keen on a peace deal with Israel, but before that it is testing the radicalism of its radical elements 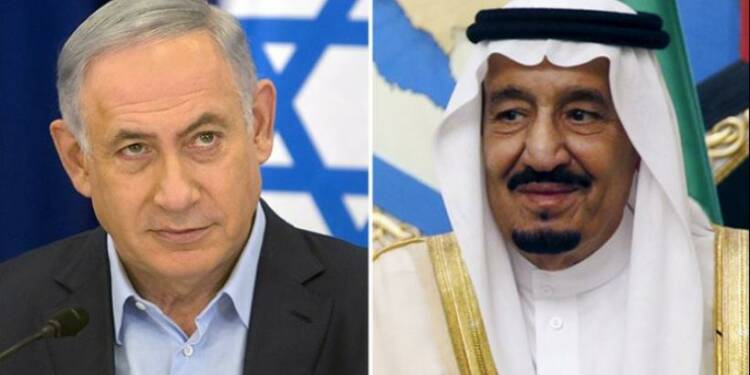 With the recent signing of the Abraham accords by UAE and Bahrain, the Saudi Foreign Minister hinted at normalization of relations between the leader of the Arabic world, Saudi Arabia and Israel. It is now, highly plausible that after Sudan, which has also agreed to sign the peace deal with Israel, Saudi Arabia too, will move in the same direction.

For the US, this is a decisive step towards further pressuring Iran. The Shiite oligarchy has been the reason for discomfort for almost all of the Arabic powers in the region as well as for Israel. As the age-old saying goes – an enemy’s enemy is a friend, the coming together of the Arab world and Israel with the support of the US against the common enemy, Iran comes with a long list of perks for all the parties involved. With the Palestinian cause taking a back seat, Israel stands to gain extensively from its newly formed Arab friends.

Oil is just one of the reasons. Arab states will gain technological support from the much superior battle-hardened Israeli forces for the battles in Yemen and Syria. For the US, it will be one less reason to worry in the Middle East.

The alternative Islamic leadership under Turkey’s Erdogan, nowadays hailed as the neo-Ottoman Khalifa, with support from Pakistan, is posing a threat to the decades’ old leadership of Saudi Arabia in the Muslim world. Erdogan has even gone on to accuse Arab countries of destabilizing the region. Turkey was also one of the fiercest critics of the Abraham accords despite having diplomatic relations with Israel for decades. It seems Turkey is moving forward with the agenda of taking over the mantle of the foremost leader of the Islamic world from Saudi Arabia and as the true successor or Caliph.

The kingdom of Saudi Arabia, which has been trying hard to find alternatives for its dependence on oil, eyes global acceptance, creating jobs and pacifying the discontented youth. The modest steps focused on improving human rights records like banning flogging as punishment and removal of the death penalty for minor offenders have been observed as initiatives to gradually deradicalise the society. The ruling family, the House of Saud under the leadership of Crown Prince Salman has been continuously pushing for a variety of social and economic reforms in the Kingdom. Though there is the encouragement of ‘globalizing’ the society and the reforms are breaking age-old taboos which encircled the daily lives of Saudis, the dissidents and critics of the Prince’s mode of functioning have been punished severely like the assassinated journalist Khashoggi.

The Wahhabi clergy, which has been the legitimizing force for the ruling family has been feeling distant lately. The opening of cinemas, political, and social upliftment of women has irked the religious hard-liners in the monarchy. The discontented religious leaders have criticized the moves and labelled the leadership to be “drifting away from the true path of Islam”.

Also read: Trump’s Sudan card is going to sanitize the region and give China’s BRI ambition another major blow

The Saudi state media has also been at the forefront of deflating anti-Israel sentiments in the Kingdom, with English-language daily, Arab News, changing its Twitter banner in accordance with the Jewish New year. According to the region experts, the normalization between Saudi Arabia and Israel is inevitable. It is no longer a question of ‘if’ but ‘when’. The reason for the point of contention on the Arab Peace Initiative has been termed as the difference between The King, who has been a supporter of the Palestinian cause, and The Prince, who has tried following realpolitik as his modus operandi.

Also Read: One little clause in the UAE-Bahrain-Israel Peace deals has quietly handed over the Al Aqsa compound to the Jews

For Prince Salman, balancing the clerics and pressure from the US to embrace Israel is a difficult process. If he hastens the process of normalization, he might face domestic revolt and that is something he would want to avoid right now. If he prolongs it, then the security structure backed by the US will be hampered greatly. He will have to consolidate the conservatives and also the already strained relations with the US because of the Oil embargo that brought Russia into the picture, have to be mended. The security structure of the region depends a lot on how Saudi treads on the path of modernism and pursues peace with Israel while pacifying its conservatives.

Proof of China’s economic mess: A Chinese firm valued at $1.4 billion could be sold for only $1000 now

A Chinese coverup: In June, 4% of China’s gold reserves were declared fake. Then the news magically disappeared