China is trafficking women to address their skewered gender ratio. All thanks to its One-Child Policy 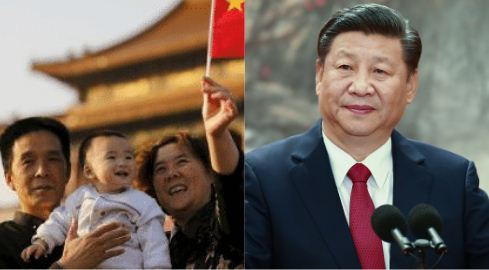 The ‘One-Child Policy’ was supposed to address China’s overpopulation problem. However, the reckless policy has created a future generation with a massive gender imbalance. The gender imbalance has created a generation of young Chinese men who face steep competition in getting married, given the limited number of women in their generation. So, China is now fuelling a human trafficking industry. China now trafficks women from South and Southeast Asia, as Chinese men have begun to pay for brides.

China’s society isn’t very progressive, just like most other societies in Asia. Patriarchy and misogyny is certainly an issue in this part of the world. So, when the Chinese Communist Party (CCP) enforced the “One-Child Policy” almost 40 years ago, most of the Chinese families started favouring boys over girls. The CCP clearly did not bother about the sex-selective abortions that followed.

China’s families knew that they can have only one child. And most of the traditional families in the Communist nation wanted to ensure that the only child was a boy. So, girls were either aborted or abandoned. As of 2019, the boys-to-girls gender ratio in China reached an unsustainable high of 114.61 per cent among the age group of 20-24.

China’s gender imbalance problem is only going to get worse from here on. Chinese authorities did expand the “two-child policy” to the entire nation in 2015. But the issue is that the ‘One-Child Policy’ has got built into Chinese society. Chinese parents prefer personal development, rather than raising an extra child. Chinese families still want to have only one child, even if CCP no longer insists upon it. Yet, the present generation of Chinese parents too would prefer their only child to be a boy.

So, China’s young men continue facing a natural paucity of women when it comes to marriage prospects. So, you will find China bringing in women from other countries as ‘bride-slaves’ or simply as involuntary sex workers from other countries like Nepal, Vietnam, Pakistan and North Korea.

People in China are ready to pay millions for such trafficked brides, as they face an unfavourable gender ratio within China. In Pakistan’s case, it was found that several Chinese men were simply duping Pakistani women into fake marriages and then forcing them into prostitution. In the case of Nepal, Chinese operatives have been reportedly entrapping women in the rural parts of the Himalayan nation.

The ‘One-Child Policy’ is a sociological disaster, and now its repercussions are also tormenting women in China’s neighbouring countries.

China thought it won with RCEP, and tariff wars with Australia but India and Australia have a huge shocker waiting for it