It's a huge leak and many are not even talking about it. We wonder why 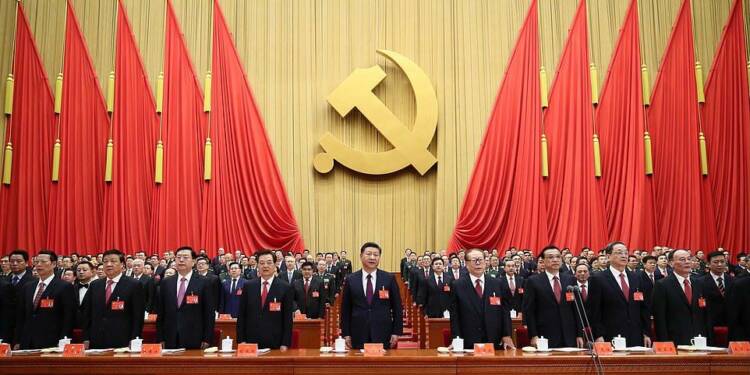 China’s ulterior motives have come out in the open after a sensational database leak that took place in 2016, was passed onto the newly-formed Inter-Parliamentary Alliance on China (IPAC), a group comprising 150 legislators from across the world, in September this year. The information was also leaked to a consortium of four media houses.

These loyal CCP workers have therefore been lobbying at all levels of political and economic life across countries like the Netherlands, the US, the UK, Germany and Australia.

These CCP agents have infiltrated some of the biggest multinational corporations you can possibly think of, across a diversity of sectors. Some of the big names include US-based defence firm Boeing, the Netherlands-based aerospace company Airbus, automobile giants like Germany-based Volkswagen, London-based Jaguar and Rolls Royce, pharma giants- Pfizer and AstraZeneca, leading financial institutions and banks- Standard Chartered, HSBC and ANZ.

The leak has also revealed that the Chinese Communist Party has infiltrated Australian, British and American Consulates in Shanghai.

Sky News host Sharri Markson said in her report that the CCP has set up branches inside Western companies. So, the CCP members have not just infiltrated into companies and other institutions of the Western world, but they are answerable directly to the CCP and its President Xi Jinping.

And while all the 1.95 million CCP agents might not be involved in spying activities at Beijing’s behest, it defeats ordinary prudence to think that the loyal Communist workers would not be doing China’s bidding in the free world.

Think about it- this leak actually exposes a huge security breach. By successfully planting its officials in multinational companies and leading tech and defence firms, Beijing can actually step up its Intellectual Property (IP) theft campaign in the US and Europe.

Global companies, which have been reportedly infiltrated, will now have to think of security mechanisms to weed out Chinese influence.

These CCP workers would have been lobbying for China’s interests across the world by infiltrating consulates and political systems. Yet others would have been making China rich by either stealing Intellectual Property of the Western world or encouraging multinational corporates to choose China over other options in terms of trade and investment.

At the same time, most of the global media firms have chosen to stay silent about the sensational leak which again shows the level of Chinese infiltration in this sector.

The leak about 1.95 million CCP workers is the first true estimate of how big the Chinese threat is. Beijing is trying to lend its authoritarian characteristics to the entire free world. Literally no sphere of life is free from malign Chinese influence, and these are the first signs of the paper Dragon’s attempts to achieve its neocolonial ambitions.