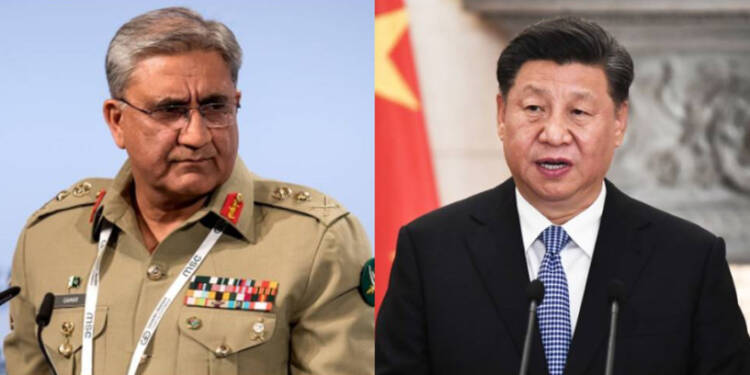 The colonial country of Pakistan has failed to protest its master China’s asset in the country and it looks almost certain that the biggest BRI project in the terrorist state has fallen prey to the struggles of Baloch freedom fighters.

According to news reports, the Gwadar deep seaport, located in the Balochistan province of Pakistan – funded, built, and operated by China, facing a direct threat from the Baloch Liberation Army (BLA) and other sister organizations are being terraformed into a so-called sealed fortress using fencing and barbed wires.

Purportedly, the provincial government plans to fence off 24 sq. km of the city, the centre stage of $50 billion in Belt and Road projects in Pakistan. If fenced as planned, Gwadar will become the first ‘sealed’ city in Pakistan on the premise of security. According to local media reports, there will only be two entry points to the fenced part of the city, and more than 500 high-definition cameras will be installed for surveillance.

Gwadar certainly faces serious threats. The city is a prime target for Baloch nationalist insurgents, who during the last three years have perpetrated at least five major terrorist attacks in the district, including one in Gwadar city and others on the outskirts of Jiwani, Pasni, and Ormara. Numerous security personnel and civilians have lost their lives in these attacks.

In May 2019, ethnic Baloch freedom fighters attacked the Pearl Continental Hotel, which is located barely a kilometre away from the port. The latest master plan for Gwadar envisions making it a weapons-free city, and fencing is a part of that plan.

Read more: As angry Balochistan begins a final struggle to kick Pakistan out, China might lose its prized “Gwadar port”

This is bad news for China as it directly jeopardizes its ambitious China Pakistan Economic Corridor Project (CPEC) which links China’s far west Xinjiang province to the Gwadar port. Beijing has invested 50 billion dollars in this project that also passes through Aksai Chin and Pakistan occupied Kashmir (PoK).

Gwadar port itself is being developed at a massive cost of $1.62 billion, and Beijing’s ultimate aim is to gain a strong foothold over the Indian Ocean by accessing and repeating the Gwadar port. In fact, China is looking to build a naval base in Gwadar that will complete its first overseas military base in Djibouti as far as Beijing’s presence and influence in the Indian Ocean are concerned.

Beijing wants to avoid sailing around South Asia and wants to reach the Middle East, African and European markets directly through road and rail travel to the Gwadar port and further shipping from the Baloch port city. This is why the CPEC and the Gwadar port are at the core of China’s trillion-dollar Belt and Road Initiative (BRI).

However, the Baloch freedom struggle has been gaining pace lately. The undisputed residents of the land, the Balochs are looking to weed off Pakistan and their authority from the region which they have illegally occupied. The Pakistani regime is slowly and steadily removing the existence of Baloch’s from its land and thus this struggle has pushed itself into an upper gear.

Read more: The Pakistan protests are going to take down Imran Khan, the Army and China’s CPEC all at once

Pakistan Democratic Movement (PDM), a coalition of 11 opposition parties that is looking to overthrow the Imran Khan government by mass resigning at the end of this month has demanded the immediate suspension of fencing work. Munir Kakar, the vice-chairman of the Balochistan Bar Council, a group of lawyers, has announced to challenge the fencing in the Balochistan High Court. He claimed that the fencing is a pretext to separate Gwadar from the rest of Balochistan and bring it under federal control.

Pakistan and China should understand that fencing is considered one of the last resorts to deal with trans-border security threats and vulnerabilities. Doing so would impale the project before it can even take off.

The Gwadar port is a huge blunder for China, nothing more, nothing less. The red state is looking to stronghold a port which is built on the land of Balochs – the same Balochs, who do not even consider Pakistanis as their own. Therefore Xi Jinping and his minions should forget that Balochs will assimilate some CCP officers into the mainstream who are currently invading their motherland. Fencing is not going to solve the problem as has history repeatedly showed us. Albeit, it is going to push the costs up of a project that is already vastly inflated.