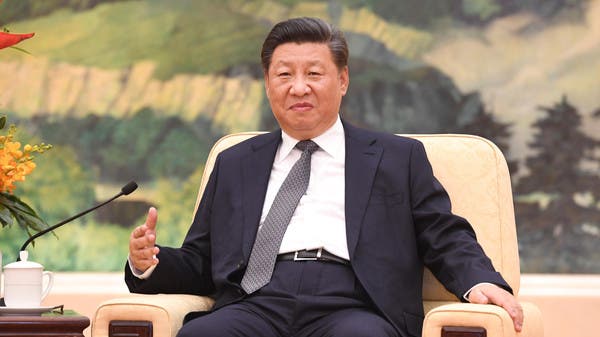 More than a year after inflicting a deadly virus upon the entire humanity, China seems to have not learned its lesson. Motivated by the sole aim of printing Yuans amidst the misery of COVID-19 infected nations, the Chinese autocracy is exporting untested and under trial experimental vaccines to countries around the globe that cannot afford to buy the expensive vaccines. However, simultaneously the Xi Jinping regime is importing expensive American vaccines for its elite population. These double standards are enough to paint a picture that even the Politburo of Beijing has not enough confidence in its indigenously developed vaccines.

According to media news reports, Shanghai Fosun Pharmaceutical Group is planning to import 7.2 million doses of the BioNTech and Pfizer’s COVID-19 vaccine in the first half of 2021. Fosun is arranging logistics with several airlines to start transporting the vaccine from BioNTech’s German factory to China starting in January. Based on available data, the company can import 1.2 million doses a month.

Fosun had signed a deal in March to pay BioNTech as much as $135 million in upfront and “potential future investment and milestone” payments for exclusive commercialization rights in the Chinese mainland, Hong Kong, Macao, and Taiwan. The Chinese partner will be responsible for marketing and sales costs and will get 65% of gross profits.

CCP marketing its vaccine but not rolling it officially

While Fosun is planning to import huge consignments of American vaccines, CCP, on the other hand, is aggressively marketing its COVID vaccines globally, but the political conditionalities it has imposed for supplying doses have irritated Southeast Asian countries such as Thailand and the Philippines.

Reported by TFI, China’s inoculation of more than 1 million of its own citizens with Sinopharm doses without even completing full trials has raised eyebrows about safety and efficacy

Read more: As the Philippines gets closer to USA and India, China is trying to lure it with vaccine diplomacy

As early as July, Chinese citizens are being provided with the experimental vaccine developed by Sinopharm unit, China National Biotec Group and CanSino Biologics. And the number of people that have taken such doses has already crept into millions. However, they are yet to receive public use approval from any drug regulators.

China’s President Xi Jinping has projected Chinese-made COVID vaccines as global public goods and ultimate solutions. But as the pandemic emanated from China, and given the sharp decline in China’s image in international public opinion, it is doubtful if Beijing’s vaccine charm offensive will cut ice.

Only 5 Chinese vaccines given the nod by WHO

China’s dubious development of the vaccine can be gauged by the fact that even the World Health Organization (WHO) which is apparently in the pocket of Xi Jinping has only approved five vaccines from the middle kingdom to be exported. Compare that to India’s 47 vaccines that have been given the nod and one can understand the gulf in quality and the R&D of the vaccine.

Moreover, in a local survey conducted within the Chinese city of Shanghai, close to 90 per cent of the participants said they would not get themselves vaccinated with a vaccine developed nationally, over the fears of its efficiency, safety, and side-effects.

The survey, which was conducted last month, stated that only 10 per cent workers in a local hospital at Shanghai expressed their willingness to get immunized with a Chinese vaccine for COVID-19. The remaining 90 per cent outrightly refused any Chinese vaccination over a basic lack of trust in the authoritarian country’s brazenly inefficient and often lethal vaccine industry.

The #CCP has said it is willing to provide #vaccines to other countries. But a local survey suggests many Chinese people would refuse the #MadeinChina vaccines.

Deploying unproven vaccines carries huge risks – both for those receiving the vaccination and epidemic control efforts. The major worry is that vaccinations will give people who’ve had them a sense of invincibility that is not warranted – and that could help spread the virus. What China is doing by exporting its highly dangerous vaccine is a disservice to humanity but as we have seen in the year 2020, it comes naturally to Xi Jinping and his CCP.