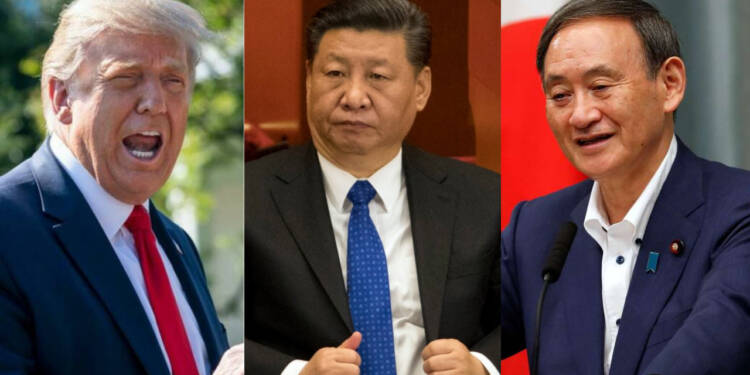 China has been facing the heat of the joint as well as the individual efforts of the quad countries. And with sustained efforts, the USA and Japan seem to have made the dent in the Chinese intense debt diplomacy. While China has been investing millions and sometimes even billions of dollars in Southeast Asia coupled with its large diplomatic capital, the Japanese and the US seem to have shattered that house of cards within a few months.

All the countries in the Southeast Asian region, where China is losing its influence, interestingly, Cambodia too, has been added to the list. Cambodian Prime Minister Hun Sen iterated on Tuesday that the 1 million doses of vaccine stocks had been ordered via the United Nations-backed COVAX facility and it was possible as the USA has subsidizes vaccines for 92 lower-income countries.

In addition to this, Cambodia has also said that it will not accept any vaccine that is not certified by the global health body. Hun Sen even said that Cambodia is not a dustbin and not a place for vaccine trials.

The fact that it has shunned Sinovac and the Chinese side, the country has joined the increasing list of countries which are opting out of the Chinese sphere of influence. It is all the result of the efforts of quad countries and more specifically the USA and Japan. Just recently Japan had promised to set up a fund of $2.4 billion to support Japanese companies’ Smart City projects in the Southeast Asian region in competition with China among other competitors and help further decarbonisation efforts.

As reported by Nikkei Asia, Tokyo will ask the 26 cities to present plans for developing smart cities by year-end and will most probably select eligible projects by spring. The fact that the Japanese investment comes from multiple sources including, the Japan Overseas Infrastructure Investment Corporation for Transport & Urban Development (JOIN) and the Japan Bank for International Cooperation (JBIC), which will be provided for Japanese companies, mean that the funding is transparent and can act as a detox for ASEAN countries which have overdosed on milafied Chinese investment.

On the other hand, the USA’s vaccine push has shattered all the pomp and show of China’s vaccine diplomacy. Now countries in the region are opting for the US vaccines instead of the Chinese ones and understandably, recently Malaysia has snubbed the Chinese candidate for the more reliable US alternative. The USA is also providing much-needed goodwill for the Mekong countries, in which the latest comes as the satellite, and Mekong Dam Monitor will track water levels at 11 Chinese dams along the river, where Washington has blamed droughts on China.

This has given the ASEAN member countries their much-needed confidence boost of moving out of Chinese clutches and the fact that Cambodia too has decided to move out, means that the incentives are much higher on the other side of the spectrum.

All of this solidifies the argument that the quad countries and in this case especially Japan and the USA have succeeded in waning the influence that took years and years for China to build in a few months of coordinated effort.