This could be big 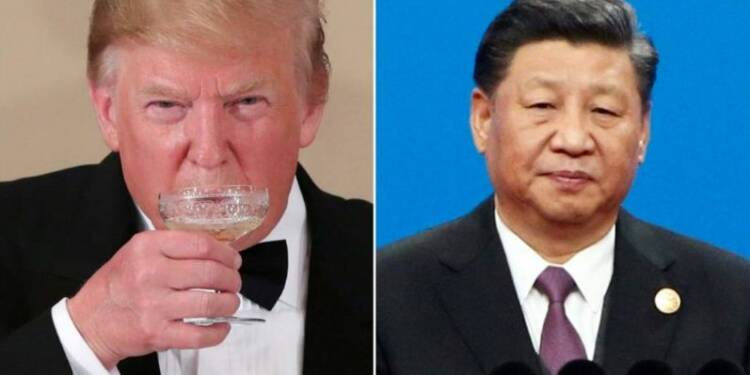 As the White House moves towards a possible transition next month, the sitting US President Donald Trump is looking to make some sharp manoeuvres. Trump is looking to tie Biden’s hands with decisions like imposing sanctions on Turkey or prohibiting American investors from investing in certain Chinese companies. Trump has apparently tied Biden’s hands-on issues like Turkey and the Indo-Pacific. But there are two major policy matters on which Trump can again compel Biden- Tibet and Taiwan.

In fact, US lawmaker Scott Perry has urged Trump to recognise Tibet’s independent status. He has also asked the US President to provide financial support to Tibetans living in China, India and Nepal. Now, if Trump actually decides to agree with Perry recognise Tibet, then it would leave little to no scope for Biden to change Washington’s China policy. Recognising Tibet and Taiwan can be Trump’s big and final blow to both China and Biden.

In fact, Trump has shown the intent to push things forward on the Tibet front. In October, the Central Tibetan Administration Head was invited to the White House. President Lobsang Sangay became the first CTA president to be formally invited into the US State Department to meet Assistant Secretary and Special Coordinator for Tibetan Issues – Robert Destro.

The global liberal narrative is such that Trump will face criticism for any policy decision that he makes. Even if he recognises Tibet and Taiwan, so-called human rights campaigners across the world will start criticising the American President for taking very drastic decisions. There will be influential people doing China’s bidding. But at a purely political level, Biden would find it hard to reverse any Trump policy to recognise the two countries.

Also, in a way, the US President Donald Trump would not have found a better time to recognise Tibet. The Indo-Pacific narrative has panned out in such a way that the White House can secure support from its key allies- India and Japan, on the issue of Tibet and Taiwan respectively.

As for Tibet, the ongoing military standoff between India and China at the Line of Actual Control (LAC)- the effective Indo-Tibet border, has emboldened New Delhi. While the Indian Army and other security forces are taking on China’s People’s Liberation Army (PLA) in Eastern Ladakh, the Indian government has shown the intent of ratcheting the Tibetan cause.

During the Sino-India standoff, India has shown the willingness to rope in the Special Frontier Force (SFF)– a top secret commando force, which recruits heavily from Tibetan refugees living in India.

Washington, which has been generous in extending financial aid for the Tibetan cause, needs New Delhi’s support when it comes to pushing the envelope against China. India shares an international boundary with the Himalayan nation of Tibet and also hosts the Tibetan government in exile. Now, India is ready to advance the Tibetan cause which also allows Trump to go the extra mile.

As for Taiwan, Japan is the key American ally that will play a critical role if the US wants to recognise the island nation. Japan’s Defence Minister, Nobuo Kishi who is the younger brother of former Prime Minister Shinzo Abe is himself a China hawk and one of Taiwan’s best friends in Tokyo. Also, Japan’s Vice Defence Minister Yasuhide Nakayama recently hinted that Tokyo is expecting a strong Taiwan policy from Biden.

The US Navy is more active in the Western Pacific than ever before, owing to rising Chinese belligerence in the region. So, the US is in a position to handle China’s shenanigans following any American move to recognise the island nation. Moreover, earlier this year, the Trump administration sent two senior US officials to the island nation in two months, which was seen as a huge diplomatic move from the US President. U.S. Under Secretary of State Keith Krach visited Taiwan in September just weeks after a high-profile trip in August by U.S. Health Secretary Alex Azar to the island nation. The US has also started stepping up its arms trade with Taiwan as a part of the larger pushback against China in the Western Pacific.

Trump could therefore completely bind Biden to a tough China policy on key issues- Tibet and Taiwan. The Democrat, who wants to seek rapprochement with the paper Dragon, would find little scope to deviate from Trump’s policies.