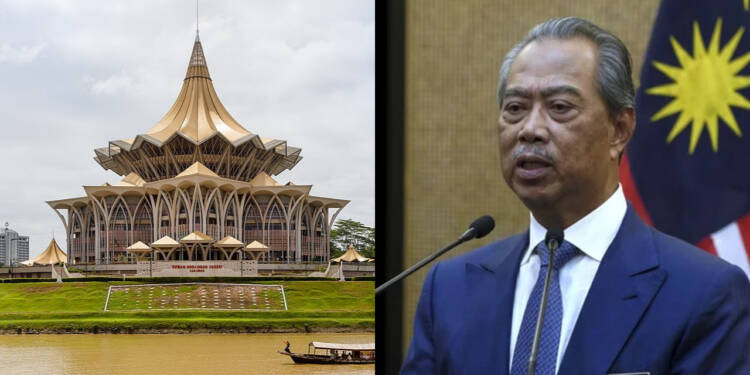 The State of Sarawak is rich in natural resources, but the income produced is diverted to West Malaysia, to the dismay of the majority of its citizens. This places East Malaysia (Sarawak and Sabah states) in an entirely different development direction, leaving their people behind and this has sparked a political crisis.

Borneo is Malaysia’s most important resource-rich region and has the largest culmination of oil which has fuelled the Malaysian economy for decades. The region holds big economic leverage as it is Malaysia’s biggest and most important economic asset. But after years of exploitation of their natural resources, the region lacks behind in almost every financial scale in comparison to West Malaysia and thus the regional politics is going through a phase of turbulence as the people in the region seek greater economic autonomy and development. The state’s ethnic and religious distinctiveness also serves as the foundation of a separate identity.

The Government decided to block the publication of a Cabinet Special Committee Report on the 1963 Malaysia Agreement (MA63), the founding agreement of Malaysian Federation, a debate about the restrictions of the peoples and wealth of Eastern Malaysia was renewed. After a study of the structure shaping the Federal relationship, the decades-long conflict between Sarawak, Sabah and West Malaysia was expected to come to a close, but now the secrecy of the government poses several concerns.

Leslie Ting, a member of the Sarawakian political party Parti Bumi Kenyalang (PBK) warned “The report may [contain] some extraordinary rights [for Sarawakians]. If the federal government publish[es] it, it may [lose some of] its controlling power or would have to restore certain rights to Sarawak and Sabah – [that’s why they are so] reluctant to do it at this stage,”.

Duke Freddie, a Bornean policy analyst, has warned that even though “the current Abang Jo-led coalition government (GabunganParti Sarawak, GPS) is “most likely to win based on the current trend,” but a new opposition party championing the indigenous Dayak communities (The United Sarawak Party, PSB) should also be reckoned with.

He added “Some people have long desired secession, and in recent years the drumbeat of separation has only grown louder,” pointing out that the first campaign of this kind emerged in 2012, named ‘Sarawak for Sarawakans’ (S4S).

A legislative motion was also contentious, which would deprive Sarawak of its ability to decide the government’s immigration policy. “The plan for a change in the concept of citizen,'” said Ting of the PBK, “is indeed a surprising move from the Sarawak ruling alliance. “As a result, the politicians from abroad could take part in the State elections,” he warned, emphasizing that Sarawak should not be interfered with as it will create ethnic problems.

The secession rhetoric has swelled in the region as when asked about the constitution’s non-secession provision, the PBK politicians in Malaysia are evoking the Kosovo and Rhodesia examples that issued unilateral independence declarations.

Sarawakians resent that much of the royalties on oil and gas flow to Malaysia peninsula. Sarawak was given some 8,1 billion dollars in revenues from a pool 162 billion dollars between 1976 and 2017.

While an armed secession would not be successful due to the geographical constraints and the state with the military at its disposal, an economic freeze could deal a similar impact and bring the federal government back to the negotiating table.

Therefore, any act of radical independence declaration by the Sawarikans can result in the downfall of Malaysia. Mostly depend on the Borneo region, the Malaysian economy could wither away and so will the state of Malaysia. Borneo may not be a rich financial hub but it forms the backbone of the Malaysian economy as it is Malaysia’s most important resource-rich region.